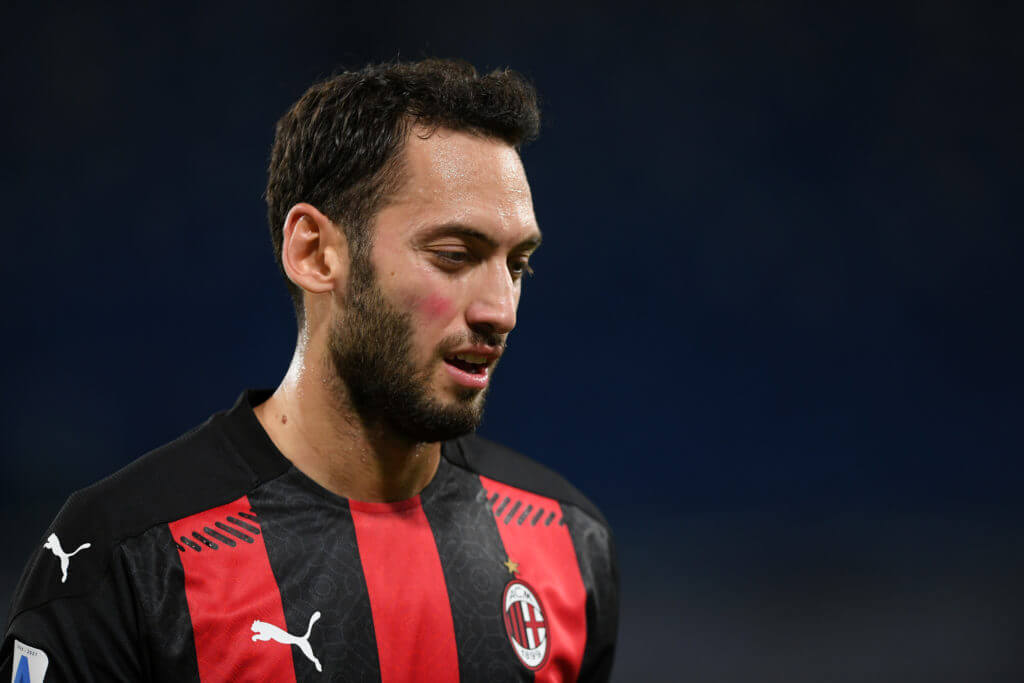 Manchester United are leading the race to sign AC Milan midfielder Hakan Calhanoglu on a free transfer next summer as per Bild’s Christian Falk, who said this on the Stretford Paddock Podcast (h/t RedRants).

The 26-year-old has only seven months left on his contract at AC Milan, and he is yet to pen a new deal at the San Siro. Despite being a key player for them, there is a growing feeling that he could leave the club.

The Turkish international will be able to sign a pre-contract agreement with other clubs from January, and the Red Devils are reportedly in pole position to secure his signature.

Serie A giants Juventus and Inter Milan and keen to sign him while La Liga outfit Atletico Madrid are also interested. However, it’s United who are leading the race as they are now in advanced negotiations with Calhanoglu.

Do United need him at all?

Falk said that Calhanoglu has already rejected an offer from Juventus as he wants to move to Old Trafford.

His chances of winning trophies are more at Juventus than at United, but his willingness to join United suggests – a) he probably likes to test himself in the Premier League and United are his only option at the moment, and b) he probably feels his chances of playing regularly is more at United.

Calhanoglu is an attacking midfielder who has long been linked with a move to Ole Gunnar Solskjaer’s side. He is a creative midfielder who is known for his outstanding ability from free-kicks. He has made eight appearances in the Serie A thus far, and would provide more depth to Manchester United’s midfield.

Having said that, one cannot help but wonder whether United do actually need him.

Calhanoglu can play in all three positions up front, but he has mostly played in the #10 role or on the wide left. In that way, he is a player who is similar to Bruno Fernandes. On top of that Donny van de Beek – who was signed this summer – can play in the advanced midfield role, and stockpiling on that area makes little sense, even though he could be a free signing.

United need a top-quality right-winger, and that’s where the priority lies. This is why the club were so keen to sign Jadon Sancho during the summer transfer window and have earmarked Ousmane Dembele as an alternative choice.

However, there’s always room for a top player in the team, and United must not miss out on the opportunity to sign a player of his calibre on a free transfer. Especially if he ends up replacing Lingard and Mata in the squad, both of whom need to be moved on.

Calhanoglu would then expect to play regularly in rotation, and that can only help United as they challenge for multiple trophies while also looking to reduce their current over-reliance on Fernandes.