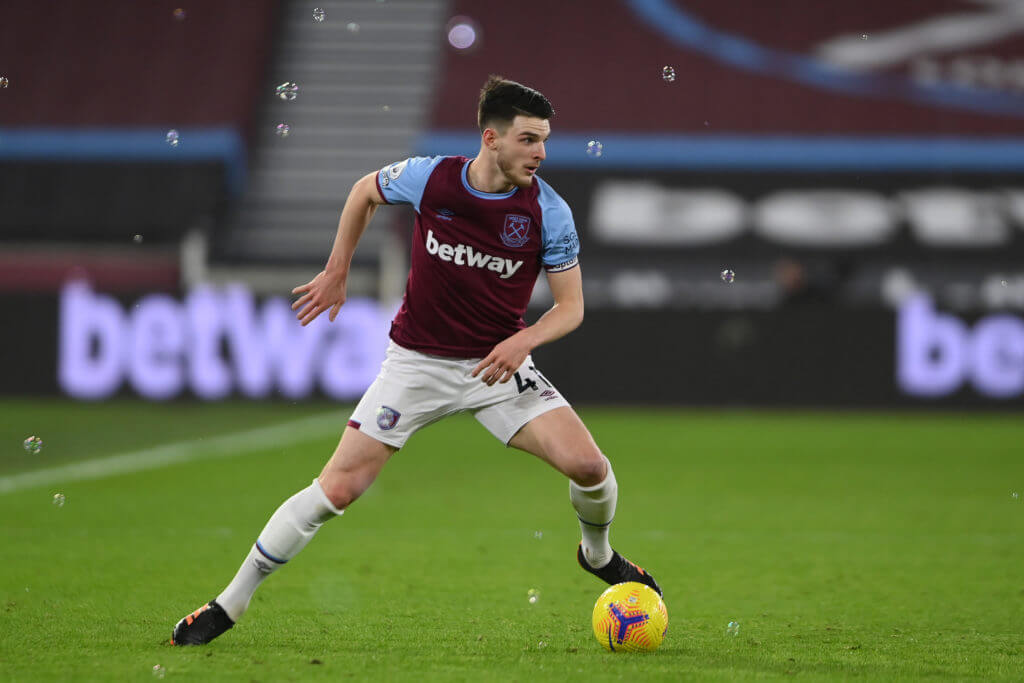 According to The Athletic, the desire of newly-sacked Chelsea manager Frank Lampard to re-sign West Ham United midfielder Declan Rice annoyed his bosses.

The Blues legend has been shown the exit door at Stamford Bridge following a poor run that has seen the side slip to ninth in the Premier League table, 11 points behind leaders Manchester United after 19 games.

Chelsea spent in excess of £200 million during the summer transfer window, but Lampard wanted Rice too and pushed for him again ahead of the January transfer window.

However, the Hammers told the Blues that it will take ‘Bank of England money’ to bring back their former academy player, and no deal was struck.

Some at Chelsea had reservations about re-signing the West Ham star as they are very wary about the potential embarrassment of buying back an academy reject at huge expense.

Lampard was keen to sign Rice after the England international established himself as one of the best holding midfielders in the land, and he planned to convert him into a centre-back, but the club needed to move on some of their centre-backs for that to happen.

Chelsea weren’t able to do that, and that also played a role is the erstwhile manager’s failure to get his man.

While we would never know how the Blues would have fared this term if they had added Rice to their squad during the summer, there is no doubt that the West Ham midfielder would have been a quality addition.

The 22-year-old is one of the reasons why David Moyes’ side are currently above the Blues, and they could have a hard time holding on to him beyond this season with suitors expected to come calling again in the summer.

Manchester City and Liverpool are said to be keeping tabs on Rice, and it will be interesting to see whether they can keep their star player away from the big clubs once again.