Sportslens.com
Home Teams Chelsea Report: Chelsea may get cold feet on the idea of bidding for... 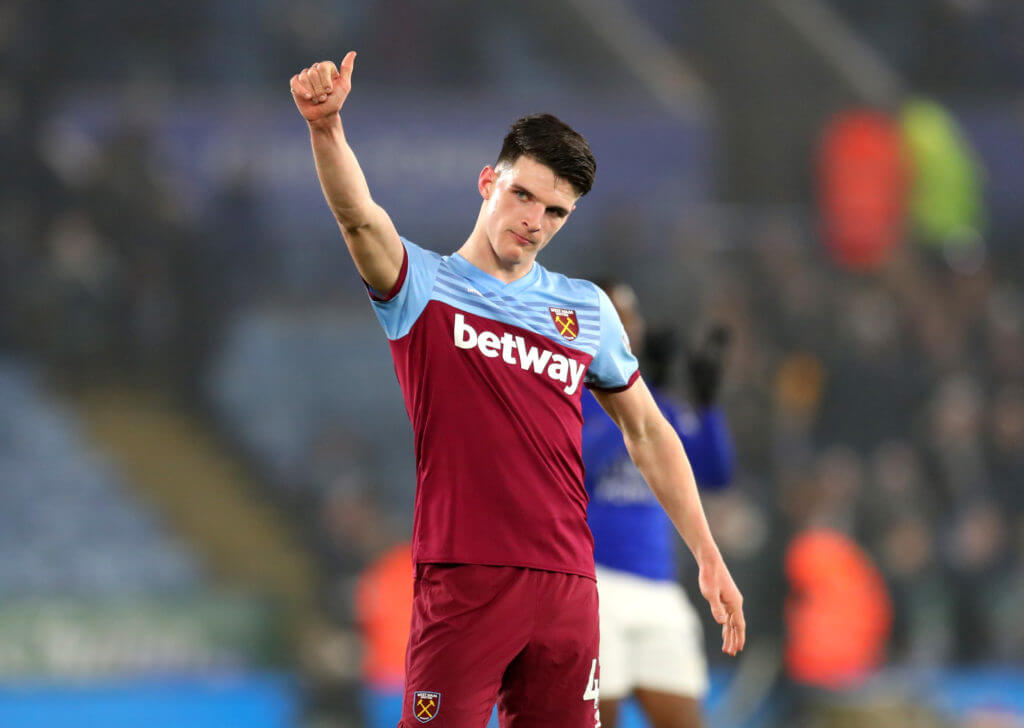 According to The Athletic’s Simon Johnson, West Ham United midfielder Declan Rice is on Chelsea’s radar and is one of the main names being discussed to help their defence.

The Hammers put three goals past the Blues last night, and Frank Lampard’s side need to bring in a top defender if they are to start challenging for silverware again.

While Rice has played in midfield since breaking into West Ham’s first team in 2017, he is seen by Chelsea as a solution to their defensive woes as he spent the majority of his formative years in central defence, including the ones at their academy before he was released at 14.

While landing Rice will be huge for the Stamford Bridge outfit, a Chelsea insider reckons they may get cold feet on the idea of bidding for him.

“West Ham will demand a lot of money for him and this is a player the club had on their books and allowed to leave for free. Paying a vast sum could embarrass a few people,” the insider told The Athletic.

“They want Declan as a centre-half. Why? He is commanding, has an aura about him and importantly talks/communicates really well. He can play at the back really well because he has played there all his life.

“He’s a good passer of the ball too. It’s only in the last few years he has played in midfield. He is young and English too so you can see how he would fit in with what Chelsea are building there. A young squad that can play together for years to come.”

The 21-year-old has established himself as a key player for both club and country, and he will definitely help improve the Chelsea defence if snapped up.

The Hammers will be more than keen to hold on to Rice with safety looking guaranteed following last night’s victory, but a fee in the region of £70 million could be too tempting for them to turn down.

Tottenham Hotspur and Manchester United have also been linked with Rice and it will be interesting to see what happens in the coming weeks.

The West Ham star reminded Chelsea of his quality yesterday and they definitely regret letting him go seven years ago.