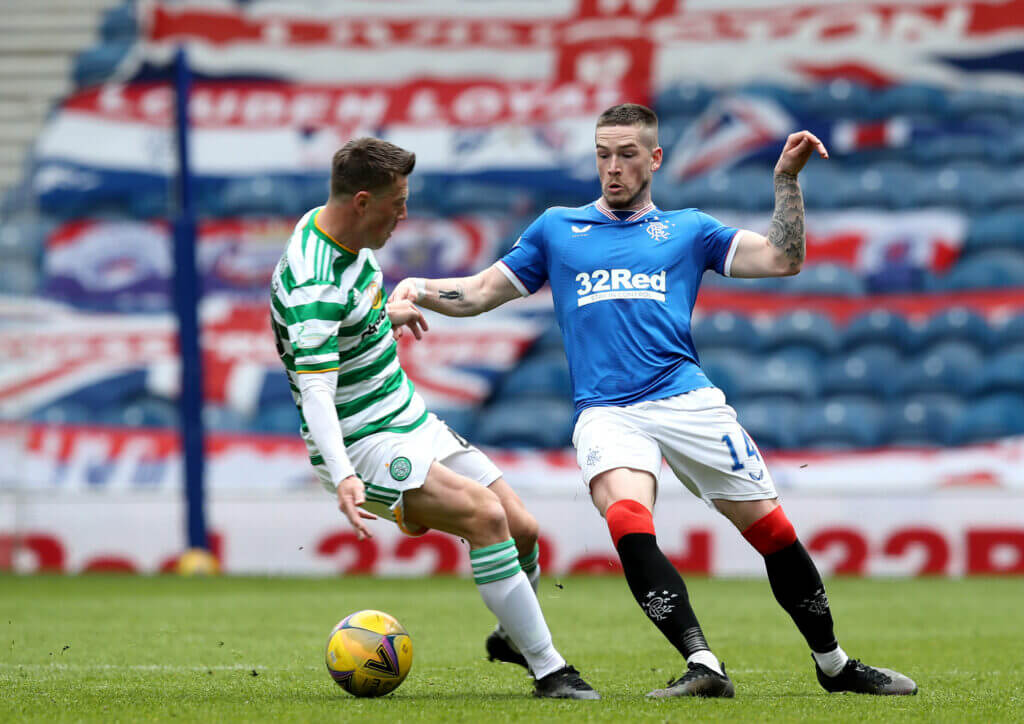 Rangers winger Ryan Kent has hinted that he is focused on his job at the Ibrox club.

The 24-year-old, who joined Rangers for £7 million from Liverpool, has impressed heavily under Steven Gerrard.

He has not only helped the Gers secure the Scottish Premiership title but also impressed in the Europa League campaign.

Kent has bagged 12 goals and 14 assists in 50 appearances this season, and his impressive form has caught the attention of several clubs, including Leeds United.

The former Liverpool winger has insisted that while it’s nice to see his name being linked with a move to the Premier League, he is currently focused on his job at Rangers.

“It’s just playing in the now – it’s nice to be linked with other big clubs,” said Kent to the Scottish Sun.

“But, you’ve got to understand your duty to where you’re at. And as long as I’m at Rangers, I’ll always give them 100 percent.

“I love this place, and the club’s done so much for me. As long as I’m here, I’ll be totally focused on Rangers.

“The Champions League will be massive – it’s the biggest stage in club football, being able to test yourself against the best players in the world and best teams in the world.”

Leeds are long term admirers of Kent, and the Whites could move for him again this summer, especially if Helder Costa leaves the club.

The Whites are keen to add a quality midfielder to their ranks, but Marcelo Bielsa could be tempted to move for Kent, following yet another impressive season in Scotland.

Kent has a contract at the club until 2023, and Rangers are expected to demand a high transfer fee for him if he moves on.

It seems Kent is not too keen to leave Ibrox at the moment. He wants to play in the Champions League next season, and that is a huge incentive for him to stay put.