A week to go to the World Cup and all our media is overflowing with relating themselves with the biggest tournament in football by all means possible – overflowing to an extent that they’re touching the boundary lines of spam. Big brands, TV channels and everything in between are spending like there is no tomorrow, expecting a huge return during the 30 days starting June 11th.

In a bid, to get themselves recognized for their coverage of the World Cup, viral videos or TV adverts are the way to go. As the 2010 version of the cup seems larger and more anticipated than ever before (in my memory at least and I’m only 22 with my clear memories of the FIFA World Cup starting from 1998), marketing agencies have put a hell lot of effort in the ads.

Here’s a list of the top 2010 World Cup ads and we’ll be adding to the list as we find more: 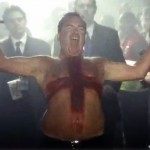 It must be very emotional and patriotic for some (some = most Englishmen) but the fact of the matter is, they have pushed it a bit too far. Carlsberg is originally a Danish company and they seem to have done their homework but they turn out to be the over-clever kid in the class that crams the whole damn book but doesn’t understand a single word.

Take a look and find out more about the Carlsberg’s Team Talk ad here. 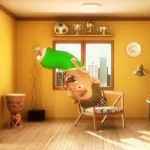 A simple animated ad for the English giants Guardian and the Observer for the World Cup promoting their extensive coverage. This is one of the finest type of ads you can produce without spending a fortune. Catchy tune, comedic graphics and to the point… Simple.

Take a look and find out more about the ‘Gola Mondo’ – Guardian World Cup ad here. 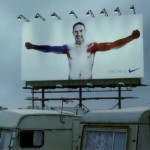 Now this is pure class. Nike is a company very much capable of spending big even when the world has still not completely recovered from economic crunch. And they always, always pull it off really well. This ad features a host of star players – off the top of my head: Drogba, Cannavaro, Ronaldinho, Rooney, Ribery, Ronaldo, etc.

Take a look and find out more about the Nike Write the Future ad here. 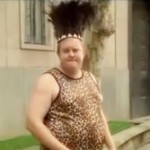 Nando’s marketing department has always been top notch and they just raised the bar higher by finding the perfect balance. A bit more and this ad would’ve been just vulgar. Still, this ad can be offensive if it’s taken too seriously but I think Nando’s proved a point here by not spending half the money Nike spent and still being the best. My personal favorite out of this lot.

Take a look and find out more about the Nando’s Ama-Visitors ad here.