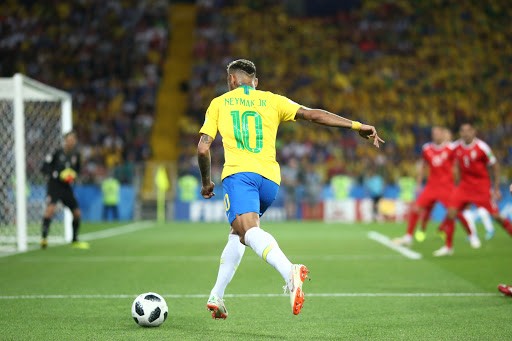 Cristiano Ronaldo has left Real Madrid to join Juventus this summer, in a shock deal that few saw coming months ago. The Portuguese international departs the Santiago Bernabeu and will leave big shoes to fill for his successor.

The 26-year-old is one of the most talented footballers with skills to boot such as this. He’s finished in the top-three of the Ballon d’Or in two of the last three seasons and has already won 14 pieces of silverware for club and country.

Neymar’s career started at Santos where he contributed 105 goals in 134 games for the Brazilian Serie A outfit. He turned down Real for a move to Barcelona in 2013 and went on to score and create 182 goals in 186 games, winning two La Liga titles, three Copa Del Rey trophies and one Champions League.

After four years at the Camp Nou, a £200m move to Paris Saint-Germain followed in 2017 and he contributed 44 goals in 30 games while winning Ligue 1, the Coupe de France and Coupe de la Ligue in his debut season. For Brazil, Neymar has scored 57 goals in 90 games and he turns 27 in February 2019.

The world is at his feet and Real have a superstar on their hands if they can convince the forward to come to Madrid. He’s much better than Hazard and Mbappe, so president Florentino Perez needs to respond to Ronaldo’s departure by getting in a true successor.