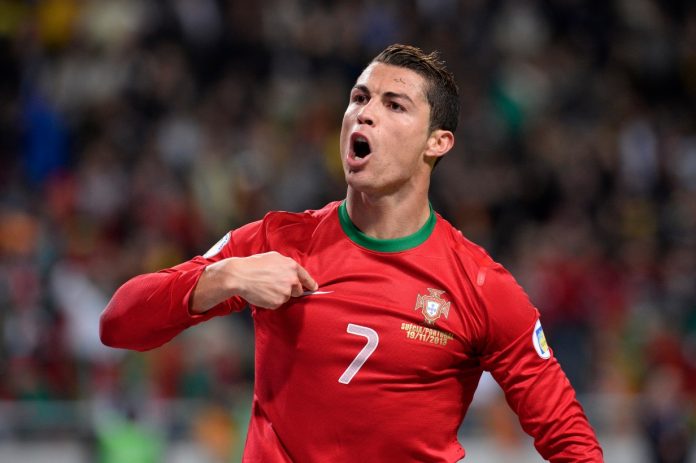 Cristiano Ronaldo appears to be feeling the pressure at Euro 2016 after grabbing a journalist’s microphone and throwing it into a lake ahead of Portugal’s crucial final group game against Hungary on Wednesday.

The footage broadcast on Portuguese news channel CMTV shows the reporter approaching the Real Madrid star to ask about the game.

Ronaldo reacts angrily, grabbing the microphone and tossing it into the water.

Disappointing draws in the first two games at the tournament have left Portugal needed a victory against Hungary to be sure of their place in the last 16.

Ronaldo has endured a frustrating time in France, failing to score from 20 shots and missing a penalty against Austria.

He also criticized Iceland for having a “small-time mentality” after a 1-1 draw in their opening game, but head coach Fernando Santos has told reporters he is certain his star man will come good.

“The day after the first game you said Cristiano was all smiles,” Santos said.

“After the first match your stories were that Cristiano was all smiles and now it is that he’s not smiling.

History favors Portugal against Hungary, with seven wins and three draws from their previous 10 meetings.

The teams last met in October 2009 in Lisbon, with Portugal recording a 3-0 win during qualifying for the 2010 World Cup.