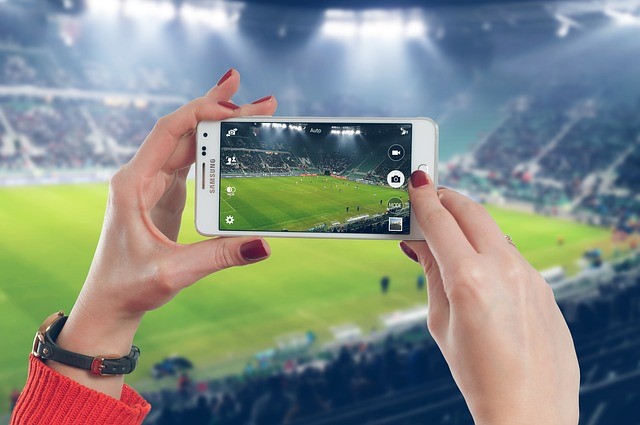 Enjoy these 5 goals highlights from the underdogs of football! Regular people… like you and me… only better. Way better!

Quoting the great Keanu Reaves in every other Keanu Reeves movie:

“… Have you seen that amazing / superb / out-of-this world goal scored by (insert famous footballer: a) Messi b) CR7 c) Anyone else)…”

Ok, he didn’t say that last part. But, for what is worth, we have awaken your curiosity and we now have your full – undivided –  attention (one can wish).

Look, there’s no denying in the talents of today’s football superstars. They’ve got the skills, they’ve got the moves, they’ve got style and they’ve got grace. Even if you’re not too fond of CR7’s  quote-on-quote “bravado”… or Messi’s hairstyle choices… you’ve got to admit as a football fan that we are witnessing history in the making with two of the greatest to ever play the “beautiful game”. That being said, as most of us – mortals – engage in the never ending debate of “CR7 vs. Messi” (Round 182), we’d like to take this opportunity to pay tribute to those football players from the less-known-side of the pitch. From the ones who play in regional or small clubs with a fan base in the 100’s, to those who just play for the love of the game — that being in a favela in Brazil or a backyard in Wisconsin. Football unites us, y’all!

After all, about 89% of football content from officially registered teams is not available or gets lost in the shuffle of the online world. In fact, according to FIFA’s “Big Count” study back in 2006, there are 1.7 million teams and 270 million registered players worldwide. Imagine the possibilities!!!

Without further ado: superb goals highlights from a group of extraordinary underdogs!

No Messi? No CR7? No problem! 21-year-old, FC Stade Nyonnais midfielder, Jordan Dalla Vecchia is here! Watch him dribble, with purpose, not 1, not 2… but 6 opposite players! He’s got the speed, the moves and that final magic touch out of a Hollywood movie: “Bend it Like Vecchia”… anybody?

It’s easy to get lost in the land of trolls. After all, the Internet can be such a dark and daunting place with everyone hating on everything by the means of an”uncalled-for / know-it-all-attitude”.  Yet, there’s still light and hope. Human stories that strike the right emotional chord within us.  The special ones that inspire us to be the best version of ourselves. Nico Calabria is all that, and much -much – more. Born without a leg, his love and passion for the beautiful game led him to achieve the unthinkable for most…  a wonder-volley goal!

Speaking of the light and dark sides of the Internet…. here’s a penalty shootout between one of the greatest villains to ever play the game, and the working class soldier from a galaxy far-far-far away…

You don’t need a football arena filled with thousands of thousands of fans cheering in the stands in order to enlighten the world with your magnificent football skills, do you? You don’t even need a big contract from “all that” worldwide known club…. right?

Sometimes all you need is a backyard, a ball, some friends and a cellphone or video camera to create football magic. The kind that comes in the shape and form of an amazing bicycle kick!

The Champions are here! One of the most thrilling football matches of the 2016 / 2017 season (so far), has been the UEFA Women’s Champions League (UWCL) encounter between Fortuna Hjørring and Athletic Bilbao. The Danish club won in dramatic fashion in extra time with an aggregate score of 4-3, but Athletic Bilbao didn’t just stood there, arms crossed. No Sir / Ma’am!  They fought with pride and honor to the very last second.

Prove of their impressive effort is Erika Vázquez Morales – Bilbao’s all time scorer – beautiful chip of the goalkeeper from just outside the area!

Have some glorious-time-shifting-heart-stopping goals highlights?