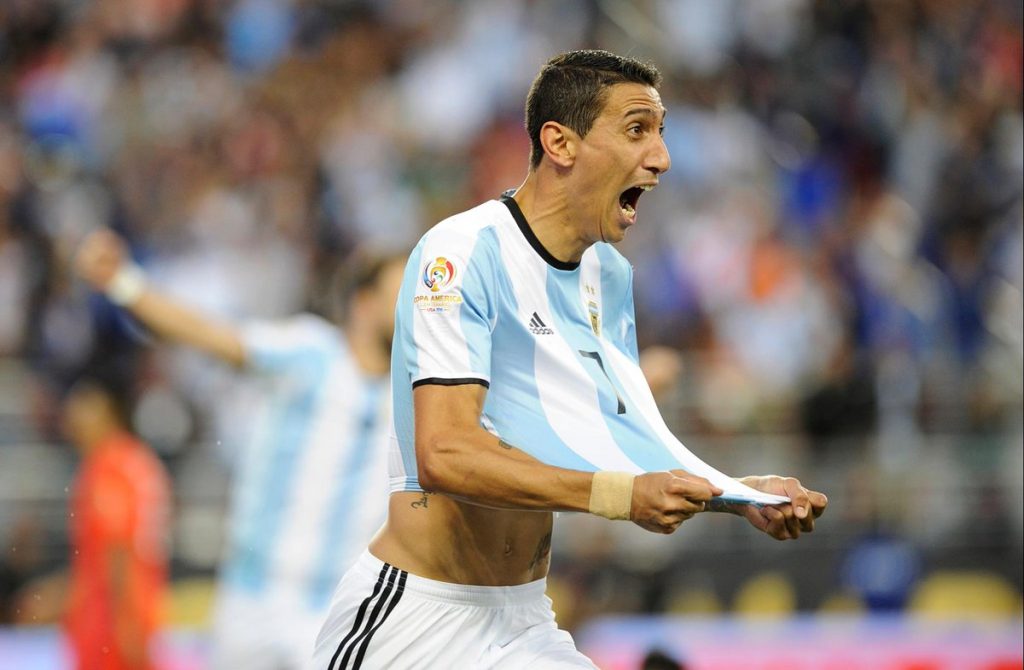 In arguably the best match of the Copa America Centenario so far, Argentina beat Chile 2-1 in their group D clash at Levi’s Stadium, Santa Clara on Monday.

After an entertaining yet a goalless opening 45 minutes, Argentina broke the deadlock through PSG midfielder Angel di Maria, who scored his 17th goal for his country.

Argentina, taking a leaf out of Chile’s book, pressed high up in midfield and created chances one after another in the second half. The work rate among the players have been simply brilliant and put more bodies forward in the final third, something they didn’t do enough in the first half.

In the build up to Di Maria’s goal, Ever Banega made a superb interception and he carried the ball in the final third and had two to three Argentine players who were making darting runs in the box to choose from. He picked Di Maria who hurried quickly in the box and took a shot with his favourite left foot that hit the back of the net. Although you would feel Chile’s goalkeeper Claudio Bravo should have done better, as he was far easily beaten at the near post.

It was an emotional moment for Di Maria; the former Manchester United winger dedicated his goal in memory of his grandmother, who passed away hours before the game.

He couldn’t control his emotion and broke down in tears during the post-match interview. Check the video below:

Di María breaking down in the post match interview. His grandmother passed away hours before the start of the game. pic.twitter.com/M7xXhjJuWy

Banega scored the second goal for Argentina, putting his team firmly in the driver’s seat. Nico Gaitan did extremely well to slid in a tackle from wide areas to win the ball in the build-up to the goal. Although Banega’s shot took a deflection but once again Bravo was at fault in conceding at near post.

Chile pulled one back in the dying minutes of the match through Jose Fuenzalida. It was all but a consolation goal but Argentina manager Tata Martino won’t be happy with his side’s defending.

For those who missed it, here’s a look at Jose Fuenzalida’s late consolation goal for Chile. #ARGvCHI #MyCopaColors https://t.co/EgWj6eewph

With this victory, Argentina are now level on points in Group D with Panama who won 2-1 against Bolivia earlier in the day.