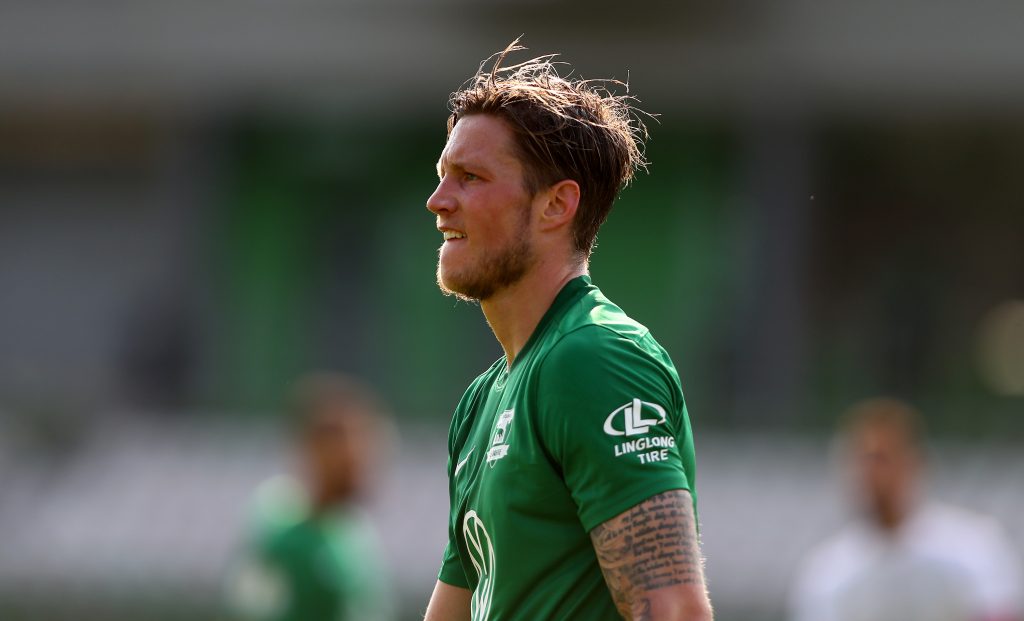 Wolfsburg will be hoping to continue their outstanding start to the league campaign when they take on Eintracht Frankfurt in the Bundesliga on Sunday.

Watch and bet on Wolfsburg vs Eintracht Frankfurt live on Sunday, September 19, 18:30 PM (BST) at bet365>livestreaming>football.

The home side are coming into this game on the back of four consecutive wins in the league and they are currently second in the league table just one point adrift of Bayern Munich.

The visitors on the other hand are without a win in the Bundesliga so far this season.

The home side will be without the services of Xaver Schlager, Paul Otavio, William and Bartosz Bialek due to injuries.

Meanwhile, the visitors will be without the services of Sebastian Rode.

Wolfsburg have won all of their league matches so far and they have managed to keep three clean sheets in their last four league outings.

They managed to beat Eintracht Frankfurt at home last season and Wolfsburg will be confident of picking up all three points here.

The visitors have failed to win any of their last six matches across all competitions and they have conceded at least once in five of those matches.

Here are the latest betting odds for Wolfsburg vs Eintracht Frankfurt from bet365:

The home side are in exceptional form right now and they will be confident of grinding out a positive result here.

Meanwhile, Eintracht Frankfurt are lacking in confidence and momentum right now. They have conceded seven goals in their four league games so far.

How to watch Wolfsburg vs Eintracht Frankfurt Live Stream