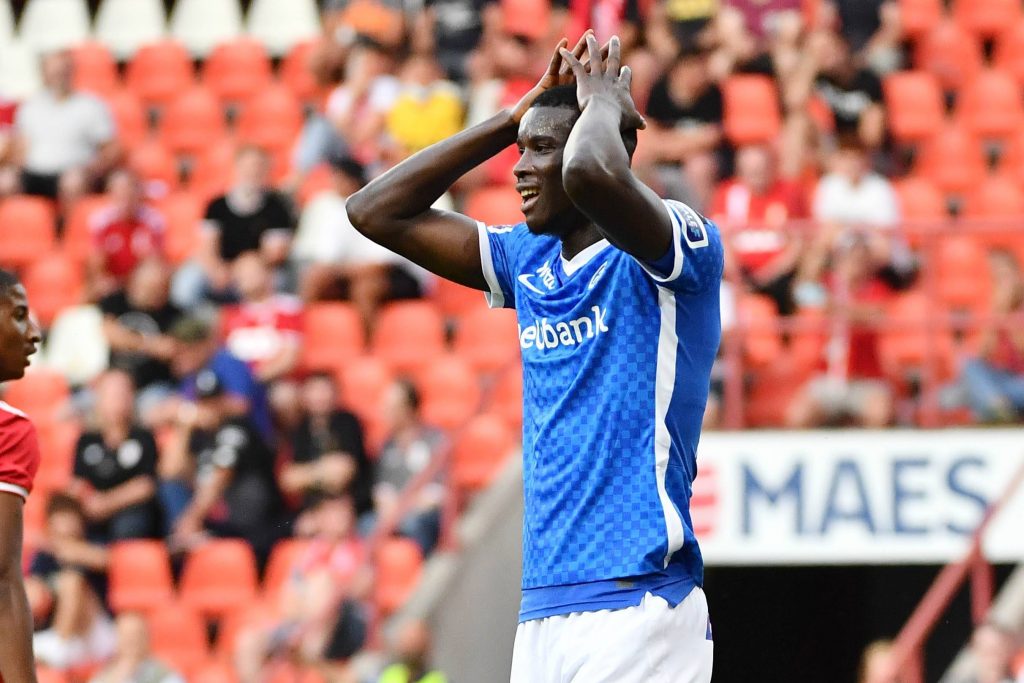 West Ham United are reportedly interested in signing Genk striker Paul Onuachu this summer, according to reports from The Athletic.

The report claims that the 27-year-old is known for being a target man, and doubts remain whether he is the type of player David Moyes wants.

The Hammers boss is looking at someone with a similar playing style to Michail Antonio’s.

Nevertheless, Onuachu is a clinical finisher who enjoyed a remarkable 2020-21 campaign for the Belgian club, scoring 35 goals across all competitions.

Genk are looking to secure a high transfer fee for the striker, and the Hammers are reportedly vying for his services.

The Athletic claim a fee in the region of €20 million (£17m) should be enough to secure his signature.

The Hammers are desperate to sign a new striker this summer. They lost Sebastien Haller to Ajax during the January transfer window and failed to sign a replacement.

They brought in Jesse Lingard on loan from Manchester United who made a massive impact for the London club.

West Ham have tried to sign him permanently this summer, but Lingard is keen to prove a point at Old Trafford.

The Hammers are yet to sign a striker despite being linked with several players including Odsonne Edouard, Boulaye Dia and Giovanni Simeone.

Onuachu is available at a reasonable price, but it is debatable whether he is the type of striker Moyes wants to build his attack around.