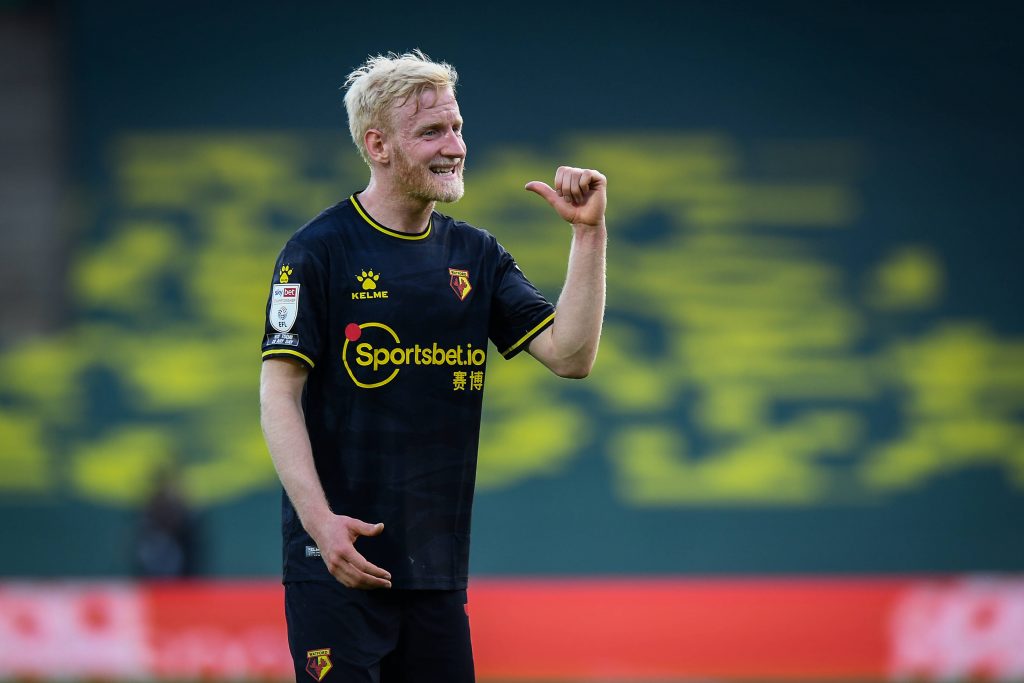 Aston Villa have been linked (The Athletic) with a move for Will Hughes, who faces an uncertain future at Watford.

The Hornets are in talks to extend his deal beyond 2022, but Hughes is leaving negotiations to his agent.

He said he’s open to staying on but did note that he’ll give his all until his contract is up, so might the 26-year-old be hinting at an eventual exit?

However, Hughes has been told to reject all interest by teammate Ben Foster who hopes he stays at Vicarage Road.

The 38-year-old was filming for his YouTube channel, The Cycling GK.

Foster’s comments were tongue in cheek, but Hughes is considering all his options.

The central midfielder joined Watford from Derby Country in 2017 and has made 118 appearances in all competitions, scoring eight goals with 10 assists.

Hughes was a regular for the Hornets when fit last season and played his part in the club winning promotion back to the Premier League.

But whether he sticks it out in Watford’s first season back remains to be seen. Villa finished 11th in the league last season.

They have already strengthened well in the transfer market, so they’ll be a sure bet for survival and a strong top-half push.

On that basis, it may be difficult for Hughes to resist their charm if an offer is on the table.