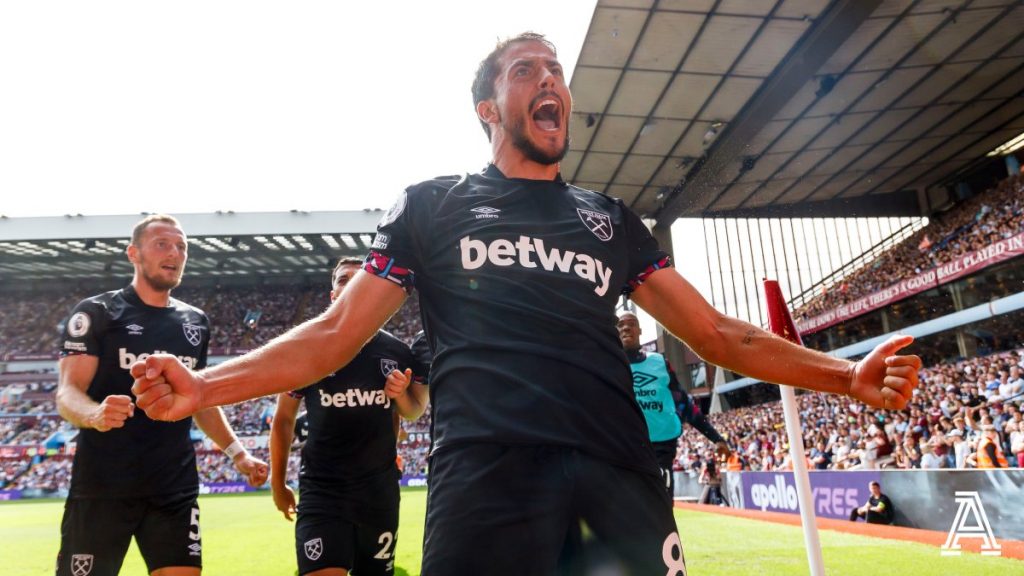 Pablo Fornals has given West Ham a 1-0 lead at Villa Park, with his goal finally getting West Ham off the mark for the season in their fourth game.

Fornals watched on as his strike from outside the box took a heavy deflection off Ezri Konsa and looped over the helpless Emiliano Martinez.

Pablo Fornals scores West Ham's first goal of the season and they take a 1-0 lead over Aston Villa! #WHUFC

The goal which took a considerable deflection on the way through was West Ham’s first of the season, with the London club being the last team in the top four English League’s to net their first goal of the season.

West Ham now lead Villa thanks to the Fornals goal in the second half after coming out much stronger from the break.

You can check out out the latest football betting sites to bet on West Ham this season here!