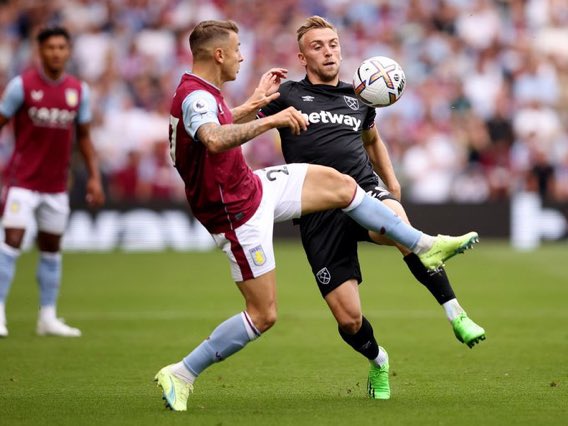 Aston Villa thought they had broken the deadlock after 16 minutes against West Ham however VAR disallowed Ezri Konsa’s opener.

Villa started the better side as they welcomed West Ham to Villa Park this afternoon and they were unlucky to not be rewarded with the opening goal after 16 minutes.

Konsa managed to fumble a Lucas Dinge corner over the line from close range but the ball was adjudged to have gone straight out of play much to Villa’s disappointment.

West Ham will be hoping they can improve on a poor start to the first half, as they continue to search for their first points of the season.

You can check out out the latest football betting sites to bet on Aston Villa this season here!