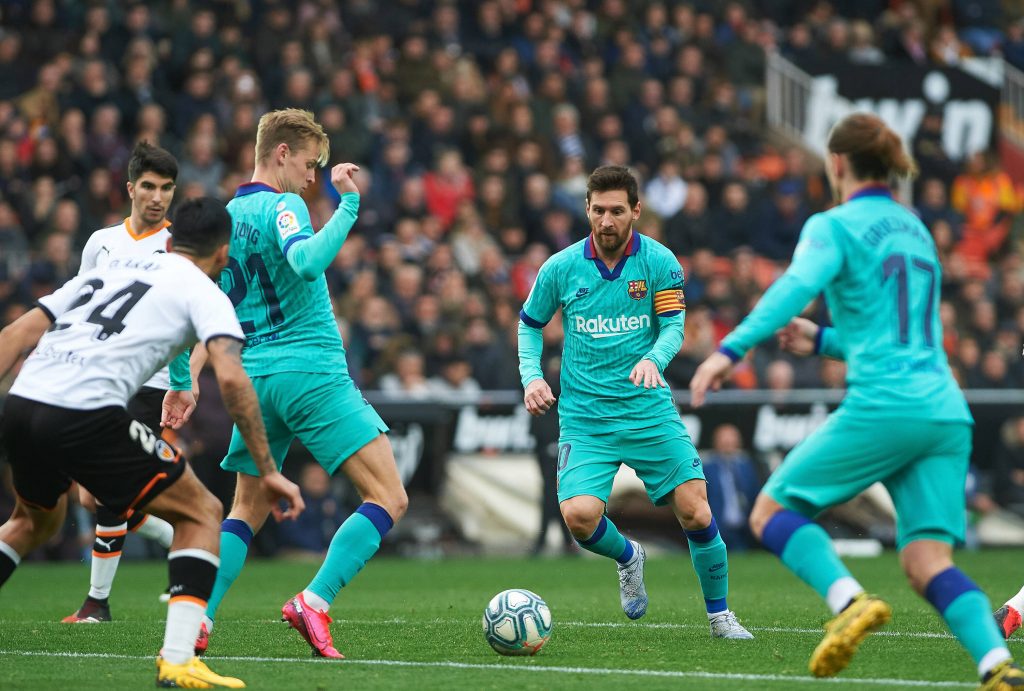 Barcelona’s pursuit of La Liga leaders Atletico Madrid continues this weekend as they head to the Estadio de Mestalla to face Valencia on Sunday. You can watch this and other La Liga fixtures live.

Barca wasted a prime opportunity to overthrow Atletico in midweek, succumbing to a dismal 2-1 defeat to Granada at Camp Nou on Thursday.

They now come up against the side they have failed to outplay in both previous La Liga meetings (D1, L1), conceding precisely twice per game on each occasion.

Since outscoring Levante 2-1 at home on Matchday 28, Los Murcielagos have experienced a dip in form, going winless in their five subsequent La Liga matches (D3, L2).

Javi Garcia’s men have scored and conceded in their last six league fixtures, five of which featured strikes in both halves and 3+ total goals.

Valencia have turned into a force to be reckoned with at Mestalla since the calendar flipped to 2021, avoiding defeat in all eight home La Liga games (W4, D4) despite conceding first in 62.5% of those outings.

Furthermore, the hosts have held Barcelona winless in their last three top-flight encounters at home (W1, D2), winning this exact fixture 2-0 back in 2019/20.

Valencia’s home action usually bursts into life after half-time, with 61.36% of their total home La Liga goals scored/conceded so far this season coming in the second half of play (27/44).

A frustrating 2-1 home defeat to Granada saw Barcelona lose a first La Liga match in which they were ahead at half-time this season (W17, D1, L1).

Ronald Koeman’s players have got on the scoresheet in each of their last 25 league outings, mustering up an average of 2.48 goals per game in this sequence.

Industrious as ever, the Catalan giants have scored a league-high 77 goals this La Liga campaign, at least 17 more than any other side in the competition.

The margins of Barcelona’s league triumphs away from home have been quite outstanding this season as 63.64% of their road victories yielded a winning margin of 2+ goals.

Another bright spot has been Barca’s ability to grind out a result after falling behind on the road – they have rescued a league-high ten points from losing position away from home this term (W3, D1, L4).