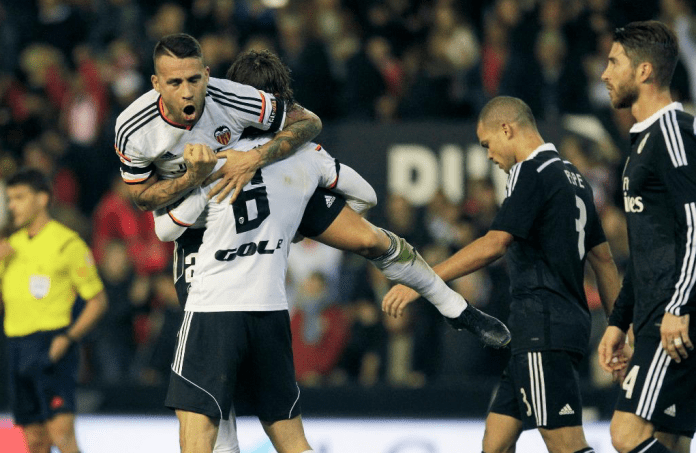 It had to happen at some point, and Carlo Ancelotti will be happy that it happened away vs an in-form Valencia, and with his team already at the top of La Liga table with a game in hand. The loss correctly reflected Real’s performance as the team was outplayed by a very game Valencia that managed to take their chances when they had them (in the second half at least).

The first surprise happened before the match as Ancelotti opted to start both Ramos and Marcelo, 2 players that were a big doubt for the match given their muscular injuries not long ago. The match started with an early pressure from the home team, as expected, where several chances were carved up but the score-line remained at 0-0. It was interesting to see Valencia, with their 3-5-2, attacking more through Real’s right side. A side that witnessed Dani being overwhelmed with just Isco there for support. Perhaps Nuno, Valencia coach, knew that Bale doesn’t particularly like to track back and defend that right flank and therefore it would present a nice channel for the home team’s offence. Valencia also started strong in the hopes of finding the quick goal that would help them later on in the match, like their match vs Atletico, instead of exhausting their energy and being vulnerable in the late stages of the match, like their match vs Barcelona. It was evident, once Valencia started slowing down a bit, that Real Madrid were attacking mainly through Bale, their most dangerous player of the first half. That was exemplified when the Welshmen won a free-kick on the right side of the pitch, and then proceeded in winning a penalty for the capital club after his header was intentionally deflected by Negredo’s arm. From the penalty spot Cristiano made no mistakes as he scored his 26th goal of the season in La Liga and gave Real Madrid the lead. Afterwards, Real were more dominant and in control as they sought to double their lead before half time, to no avail. The first half was unfortunately highlighted by the physical overtone of Valencia’s football as the first 45 minutes witnessed 7 yellow cards in total, with 5 of those going for the home team. 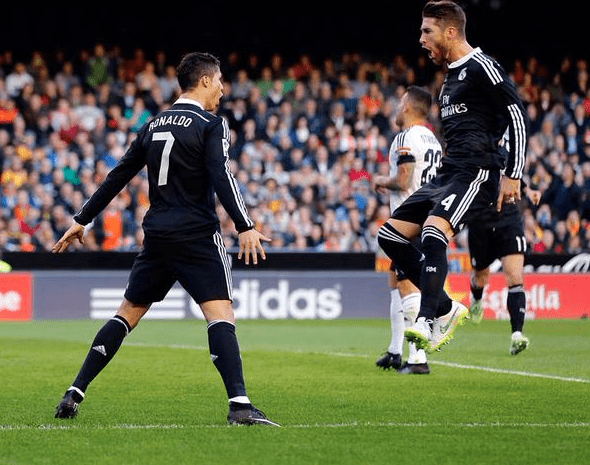 The second half saw Valencia equalise due to a deflection by Real’s best player of the match, Pepe. That spurred the home team on even more as they sought to be the first team in almost 4 months to stop the reigning European champions from winning. Real Madrid, however, could’ve retaken the lead when a misunderstanding between Valencia’s ranks allowed for Bale to go clear on the right side of the pitch, with Benzema clearly alone and ready to tap in the pass for the 2nd goal. Bale however chose to go solo and in the process lost the ball in a very selfish and unfortunate act that was undeniably the turning point of the match. After the miss Valencia were red hot and enjoyed their best spell of the match with multiple chances that ultimately resulted in the second goal via a corner. Real looked lost in midfield where Nuno’s 3-5-2 crowded the middle of the pitch and took the pleasure of keeping the ball for long stretches of time from Real’s midfielders and attacking trio. James Rodriguez and Karim Benzema particularly suffered as they failed to keep up with the flow of the game and were very rarely involved. In hindsight, Ancelotti might have been better off starting Sami Khedira or Asier Illarramendi in the Colombian’s place. Real started piling the pressure but couldn’t convert a single of their seemingly endless late chances as Valencia held on for the win that stopped Real Madrid’s legendary winning streak. The main blame could be targeted at the BBC which didn’t poses the normal chemistry we have come to expect from them, James’s lack of fire, or Ancelotti’s starting line-up and delayed subs. The blame should, however, be directed at the entire team that just didn’t click and lacked the creativity needed vs a stifling team like Valencia. 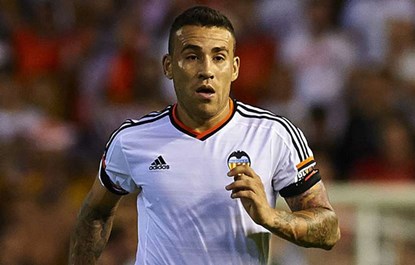 Real will now look at their next match away vs Atletico in the Copa del Rey in the hopes of coming back on the right tracks. Keeping in mind that Barcelona face Real Sociedad later tonight at Anoeta before going head-to-head vs Atletico next week. While Real stays at the top, for now, with a game to play and an easy match next week in La Liga (at home vs Espanyol).

Man of the Match – Diego Alves

In the last 20 minutes, Diego Alves was perhaps the only thing stopping the visitors from equalising as he kept shot after shot from hitting the back of the net. In total, Real Madrid fired 15 shots, 7 of which on target which forced Diego to make 6 saves, including a vital one later on from Isco’s header. He was also commendable whenever Real received a corner kick, which happened on 11 occasions tonight. Overall, he was a solid part of the victory as without him, Bale might have converted his chance while Isco might have scored the header. 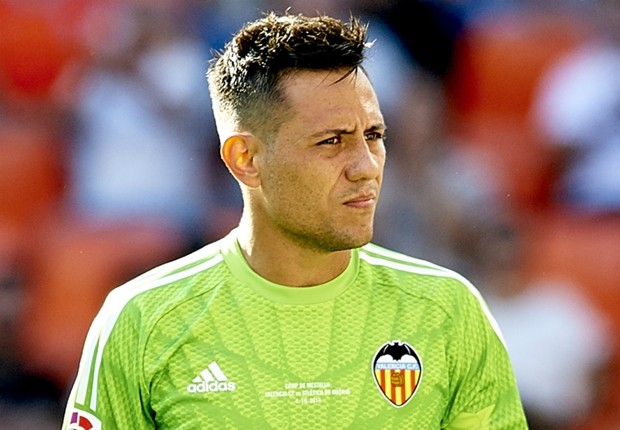