Tottenham will have to pay €20m for Mikkel Damsgaard 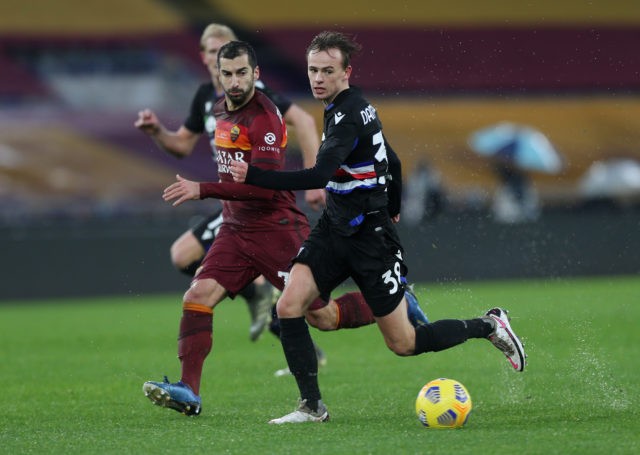 The Danish midfielder has managed to establish himself as an important player for Claudio Ranieri this season and his performances have attracted the attention of the two European clubs.

According to clubdoria46, the Italian side are in no hurry to sell the highly talented midfielder and they will demand a fee of at least €20 million.

The report further states that Juventus and Tottenham are in pole position to sign the 20-year-old.

It will be interesting to see if either of the two clubs are willing to submit a concrete offer for the Danish midfielder in the coming weeks.

Damsgaard is highly talented and he has the potential to develop into a quality player for the London club in future. The 20-year-old has two goals and four assists to his name so far this season and he is likely to improve with coaching and experience.

The Sampdoria player can operate as a central midfielder as well as the number ten. Furthermore, his dribbling ability allows him to play in wide areas as well.

Damsgaard is more than just a creative midfielder. The hard-working 20-year-old is strong in the air and he contributes defensively as well.

He could develop into a complete midfielder in future with the right guidance and his signing could prove to be a smart long term investment from Spurs.

It will be interesting to see if they can fend off the competition from Juventus and secure his services in the summer.

Read: Tottenham have scheduled a meeting with their 51-yr-old managerial target