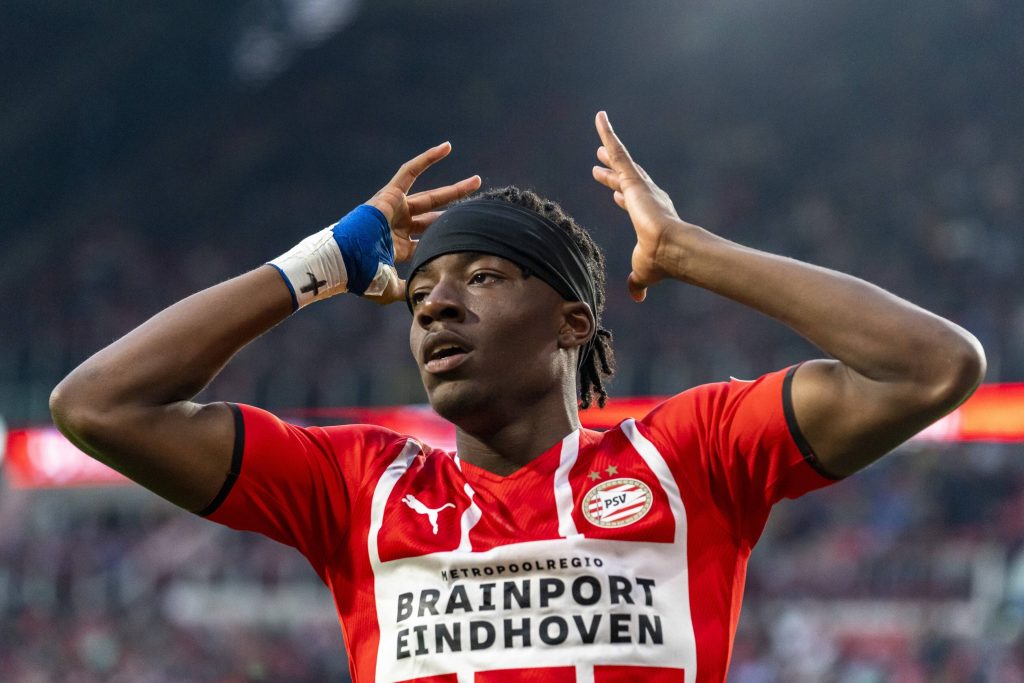 Tottenham are interested in signing PSV Eindhoven ace Noni Madueke, according to a report from The Evening Standard.

The 19-year-old actually began his career with Spurs before joining PSV in 2018 after being released by the north London outfit.

Madueke has really impressed with PSV, and he would be a really exciting signing for Tottenham.

If only they hadn’t released him three years ago!

The Evening Standard reckon that Spurs could bring the teenager back to north London.

He’s made a fine start to this season as well, with two goals and an assist in three games for PSV so far.

The youngster is a left-footed right-winger. As so many wide players do nowadays, he always cuts inside onto his favoured foot.

The PSV ace possesses a wicked delivery, blistering pace and plays with a real kind of directness that would suit Nuno’s preferred high tempo system.

The Sun recently claimed that PSV want around £20 million for the talented young winger. That would actually be good value for Tottenham.

However, whether Daniel Levy would be prepared to stomach the blow of paying so much money for a player who Spurs released just three years ago remains to be seen.