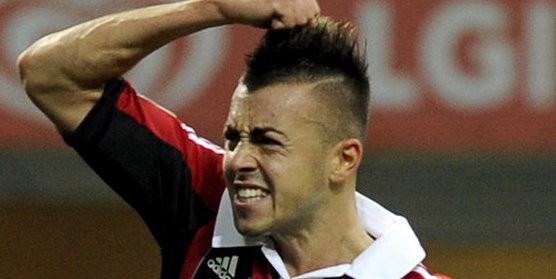 Tottenham Hotspur have signed seven players in the transfer window taking their total expense over £100 million. But, they have sold their talisman winger Gareth Bale for about £86 million and considering other players they’ve sold like Steven Caulker, William Gallas, Scott Parker and Tom Huddlestone, the entire money has almost been recouped.

Hence, Spurs can really afford to make one or two marquee signings, if they want to, and as per latest reports, the North Londoners are looking to add AC Milan’s highly talented attacking midfielder/forward Stephan El Shaarawy to their squad.

The Sunday People reported yesterday that Spurs manager Andre Villas-Boas is looking to add another quality player to the ranks in the January transfer window, and he has  targeted SES (popularly called) who has dropped down the pecking orders at the club, following the arrivals of Kaka Alessandro Matri.

The 20-year-old had an excellent campaign last season, where he scored 16 times. His gradual rise to prominence earned him a place in the national team, where he made 10 appearances for his country already.

El Shaarawy with a moniker ‘The Little Pharaoh’ has been reportedly chased by several English clubs. The youngster, who is a lifelong Rossoneri supporter, has rejected an offer from Chelsea early in the summer.

However, with Milan possessing so many attacking talents, getting regular game time would become difficult for the youngster. In such a scenario moving to Premier League won’t be a bad option either. According to reports in Italy, Milan would be willing to listen to offers of more than £20 million for El Shaarawy.