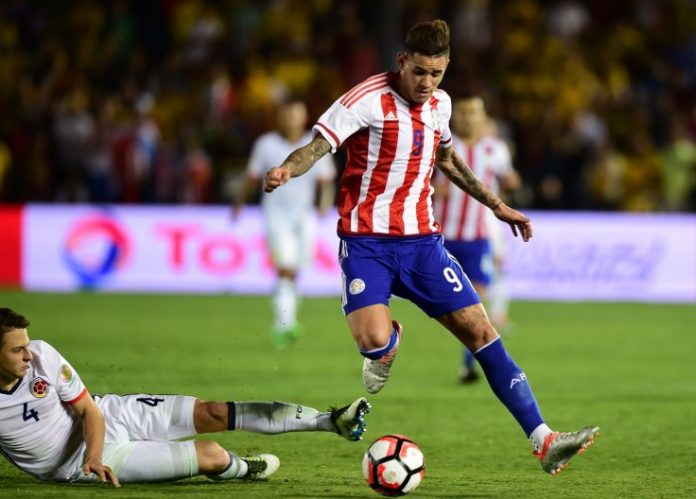 Tottenham are interested in signing the Paraguayan attacker Antonio Sanabria.

According to Independent, Spurs have renewed their interest in the highly rated forward and they could make a move for him this month.

Sanabria was linked with Spurs in 2016 as well but he chose to join Real Betis.

Harry Kane has been ruled out until March with an ankle injury and Son is away on international duty. Pochettino is looking to bring in some immediate reinforcements in attack.

Sanabria is very highly rated around Europe and he could be a superb signing for Spurs.

As per the report from Independent, the player has a release clause of €30m.

Tottenham certainly have the resources to afford the transfer and they should look to make it happen.

Mauricio Pochettino’s men are still fighting on all fronts and they cannot afford to jeopardize their season by not signing an attacker in January.

The club simply cannot rely on the likes of Vincent Janssen and Fernando Llorente. Both players have failed to deliver time and again. Also, they are being linked with moves away from Spurs.

Sanabria would add goals and creativity to the side. He is an expert from free kicks as well. Furthermore, the 22-year-old works very hard in attack and that will suit Pochettino’s high intensity style of play.

I’d really like that as a signing if I’m honest as I reckon Pochettino would get him to that next level.

Lol Sanabria. I like how they just seem to have a boards in every newspaper office with a league, clubs, and players good on FIFA on it. And everyday they just throw something at the board and that’s the player we’re linked to today.

Question always is how they adapt to the English game.