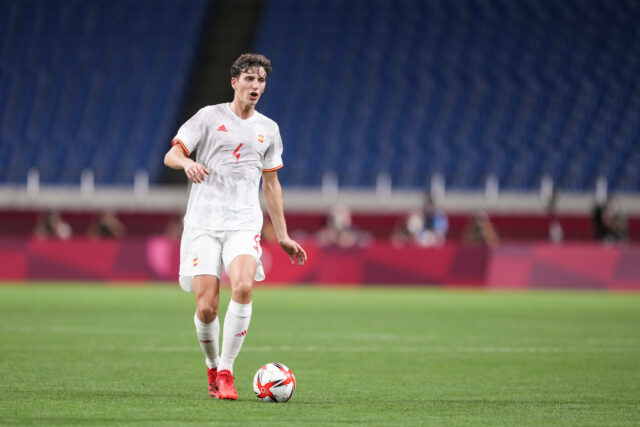 Tottenham Hotspur are ready to make a move for Pau Torres this summer, according to The Times.

Spurs have already bolstered their defence by signing Cristian Romero, but Nuno Espirito Santo wants to add one more defender to his ranks.

It seems they have earmarked the Villarreal centre-back as their potential target.

Spurs have been linked with several defenders this summer. Takehiro Tomiyasu has been targeted, but Spurs have found it difficult to agree a deal for the £17 million-rated player.

The north Londoners are also interested in signing Nikola Milenkovic from Fiorentina.

Torres impressed heavily for Spain at the European Championships and was key to Villarreal’s Europa League triumph last season.

The report claims that the left-footed defender has also been scouted by Manchester United, Manchester City and Liverpool, but Spurs are keen to secure his services.

Torres originally had a €55 million (£46.8m) release clause in his contract, but it rose to €65m (£55.4m towards the end of last season because he had reached a certain number of caps for the national side.

The Times claim that Spurs are hoping that Villarreal will accept a lower fee.

The 24-year-old has the potential to develop into a world-class defender, and he is likely to improve with experience.

Torres would be a massive signing for the club, and Spurs will have the budget to bring him, especially if they offload Harry Kane to Man City.