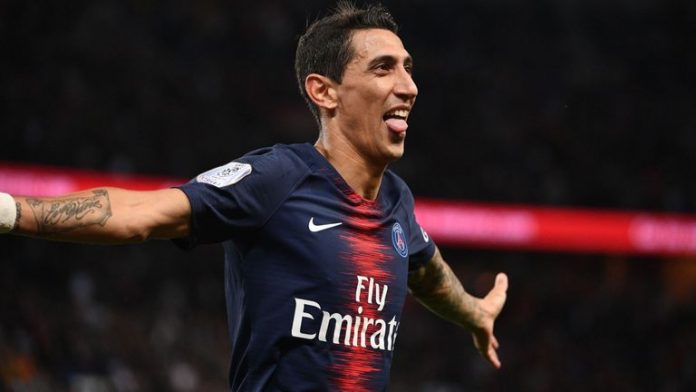 Tottenham Hotspur are thought to be interested in signing the Paris Saint-Germain winger Angel Di Maria.

The 32-year-old winger will be a free agent at the end of this season and Spurs are probably looking to snap him up on a free transfer.

According to L’Equipe, the London club have approached the Argentine international and it remains to be seen whether they can convince him to return to the Premier League.

Tottenham Hotspur have approached Angel Di Maria, who is out of contract this summer, according to L’Équipe. More follows tomorrow.

There is no doubt that Di Maria is a world-class player but he is 32 and Spurs must look to bring in younger options.

Gareth Bale will return to Real Madrid once his loan deal expires and Tottenham should strive to bring in someone who can be a long term solution on the right wing.

Furthermore the 104-cap Argentine international is unlikely to be keen on a return to England after his spell with Manchester United.

The Red Devils failed to get the best out of him when he moved to Old Trafford In 2014. He left the Premier League club after just one season with them scoring four goals in 32 appearances.

Di Maria has been outstanding for PSG since his move to France and he has four goals and eight assists to his name this season.

He would improve most teams in world football but his wages are likely to be quite high.

The Argentine could be a coup for Tottenham especially on a free transfer but it would be an expensive addition for a short term. The Londoners are better off building for the future.

Here is how the Tottenham fans have reacted to the news earlier.

We have Bergwijn we’re good

He’s a massive upgrade on Lucas and Lamela

Old. Overpriced. Not homegrown. No thanks

Had moments of class, but didn’t adapt to England when he was here… Wages would be ridiculous as well…