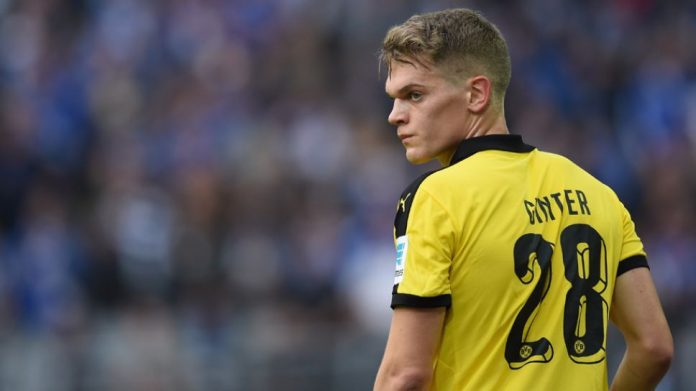 Ginter played a key role for Dortmund last summer, making 29 league appearances but has been linked with a move away from the Westfalenstadion, particularly after Thomas Tuchel’s dismal departure from the club at the end of last season.

The German International is reportedly a transfer target for Arsenal and Hoffenheim and according to reports from German newspaper Bild, Tottenham have now entered the race to acquire signature of the highly-rated centre back.

Ginter was part of Germany’s 2014 World Cup winning squad, although the former Freiburg star failed to obtain any playing minutes. The 24-year-old has two more years left on his current deal with Dortmund but he is unlikely to see out his contract with a potential switch likely to be on the cards.

Ginter is capable of playing anywhere across the backline which seems like a perfect fit for Spurs boss Mauricio Pochettino, who is seeking to make defensive reinforcements ahead of the upcoming campaign. Tottenham’s English defenders Kyle Walker and Danny Rose have been linked with a move to fellow Premier League rivals Manchester City while Toby Alderweireld’s future at the club continues to remain uncertain.

The North London side are willing to spend big this summer with the objective of mounting an impressive run in the Champions League after the disappointing early exit from the competition last season.