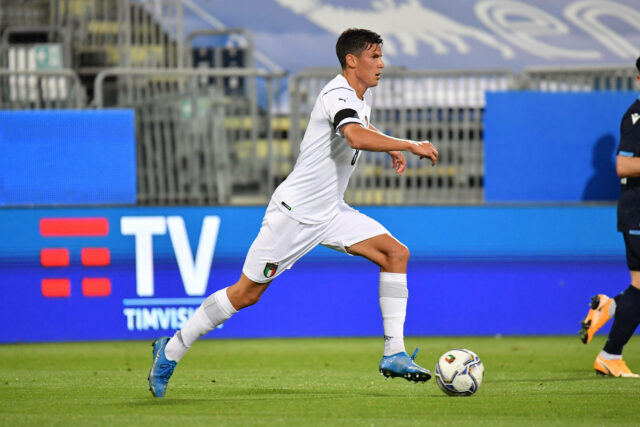 Tottenham Hotspur have joined the race to sign Lorenzo Pellegrini this summer.

According to reports from La Repubblica (h/t The Express), the north London club are keen to sign the highly-rated Roma playmaker.

A change in transfer strategy is expected from Spurs under the guidance of managing director of football Fabio Paratici, who was officially appointed to his new role last Saturday.

The north London club are close to appointing Paulo Fonseca as their next manager. He was replaced by Jose Mourinho at Roma earlier this year, and it looks increasingly likely that he will occupy the vacant managerial role at Spurs.

The report claims that Fonseca is looking to bring one of his former players in Pellegrini.

The 24-year-old is an exciting player to watch and would be a terrific signing for Spurs. Last season, he scored 11 goals and provided nine assists for the Serie A club.

He was expected to feature for Italy during Euro 2020 but was forced to withdraw from the tournament with a muscle injury.

Pellegrini has a release clause of £25.8 million in his contract, which is set to expire at the end of next season.

Spurs are likely to face strong competition from Liverpool for his signature.

Corriere dello Sport (via Daily Express) recently reported that the Reds had tabled a £25.8m bid for the Roma captain.

Liverpool are keen to fill the void left by Gini Wijnaldum, and the club have earmarked Pellegrini as a perfect option for that role.

Read: Arsenal to firm up their interest in £40m-rated Brighton man.