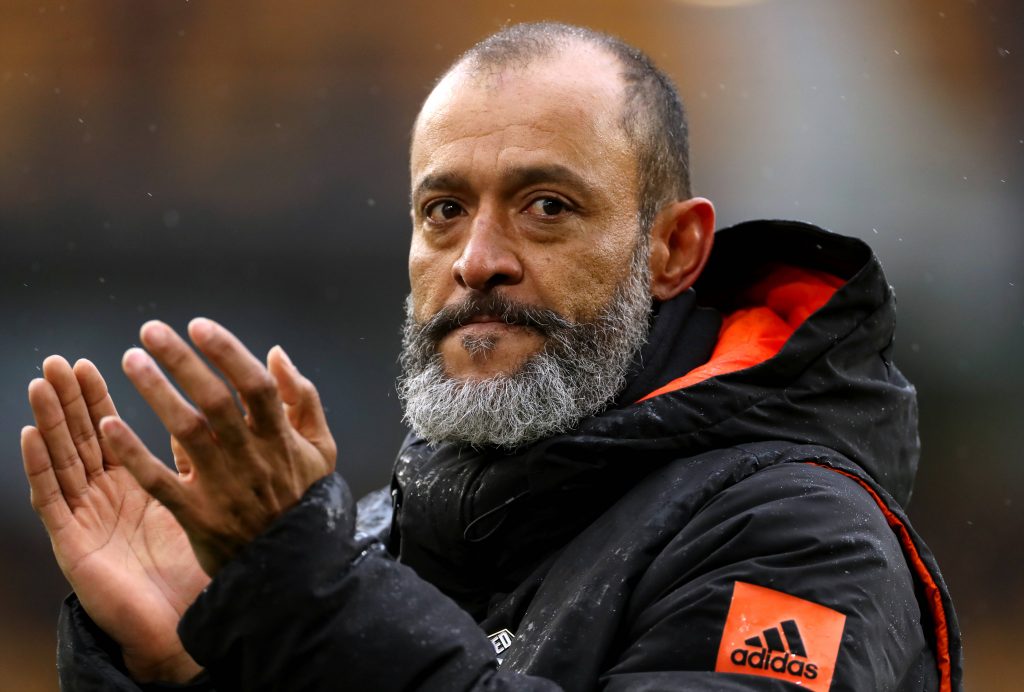 Tottenham Hotspur are planning to hold talks with Nuno Espirito Santo as they aim to end their long search for a new head coach, Football Insider reports.

Nuno was linked with a possible move to Spurs last month, but the speculation was quickly dismissed as the club were eyeing more high-profile candidates.

They have since failed with approaches for Antonio Conte and Paulo Fonseca while they pulled out of talks with Gennaro Gattuso amid fan criticism.

It is now reported that the hierarchy are doing background checks on Nuno, and they plan to hold talks with him over the managerial vacancy.

Spurs’ sporting director Fabio Paratici is said to be behind the move. However, Nuno’s agent Jorge Mendes has not initiated any talks with the club.

It has been 10 weeks since Jose Mourinho was sacked, and Spurs have yet to appoint a permanent head coach ahead of next season.

With pre-season training to resume in a few weeks, they need to find a quick solution as their transfer plans may depend on the new manager.

Nuno was recently in pole position to take the vacancy at Crystal Palace, but he pulled out of negotiations due to backroom staff and transfer demands.

The Portuguese has a significant number of backroom staff, which could prove a hurdle towards Spurs’ prospects of landing his signature.

Spurs were only willing to permit Conte with four coaches alongside him, and this was one of the reasons that led to a breakdown in negotiations.

Nuno, who has a 48 percent win rate in his managerial career, would want freedom in picking his staff and new signings at the north London club.

Chairman Daniel Levy has been reluctant to offer the manager complete authority, and it would come as a surprise if he changes his stance for Nuno.