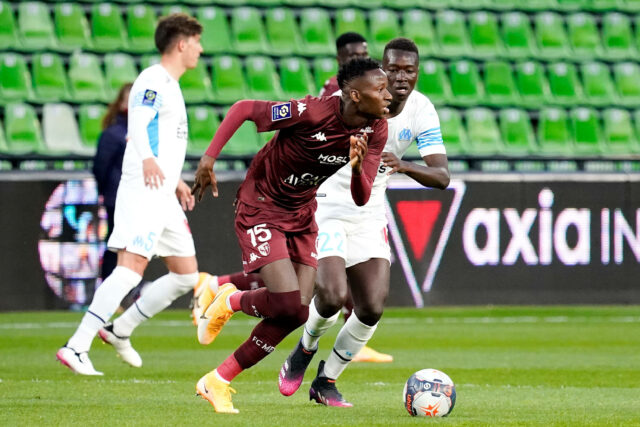 Tottenham Hotspur are close to signing Pape Matar Sarr in the next few days.

According to the Daily Mail, Spurs are “close to finalising a deal” for the 18-year-old.

The Metz midfielder is expected to sign a six-year contract and return to the club on loan for the season once his fee is agreed.

Club president Bernard Serin confirmed on Sunday: “We are in advanced talks with Tottenham for Sarr, yes, but it is not done yet.

Sara was wanted by several Premier League clubs including Aston Villa, Everton and Chelsea. However, it is Spurs who have brokered a deal for his signature.

Football Insider have come up with the latest update on Sarr’s potential move. The report claims that Sarr has agreed personal terms with Tottenham.

The London outfit are putting the final touches on the deal. Sarr completed a medical in France over the weekend, and he has already agreed a six-year contract.

The midfielder made 22 appearances in Ligue 1 last season and found the net three times.

With major Premier League clubs looking to improve their squads for the 2021-22 season, the idea of sending the player on loan for the rest of the campaign may not have appealed to Villa or Everton.

Spurs have made a strong start to their Premier League campaign, winning both their opening games.

The north London outfit want to add more players to their ranks and have earmarked Adama Traore as a potential option.

Read: Tottenham suffer blow in the race to sign Vlahovic.