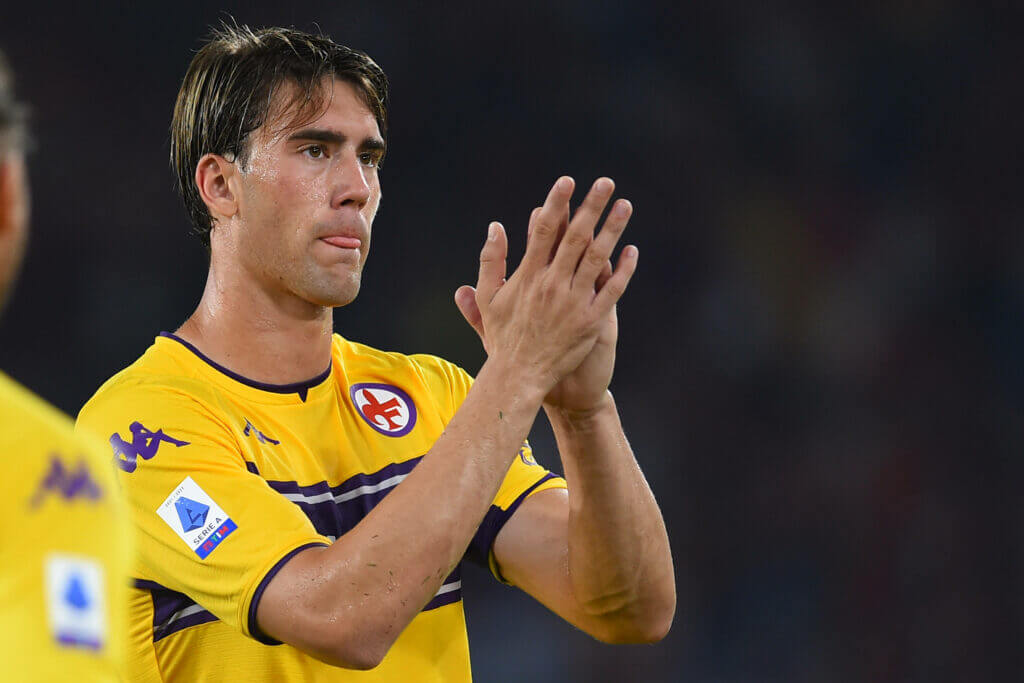 Tottenham Hotspur have suffered a massive blow in the race to sign Dusan Vlahovic from Fiorentina this summer.

Spurs have been looking to sign a striker and earmarked the 21-year-old as a potential option.

Popular journalist Fabrizio Romano claimed yesterday on Twitter that Fiorentina have definitely turned down an offer from Atletico.

They are planning to keep the striker with them. Manchester City are not working on a deal to sign him, while there hasn’t been an official bid from Tottenham.

Fiorentina have definitely turned down Atletico Madrid bid for Dusan Vlahovic since yesterday night. The plan has always been to keep the striker this summer. 🟣🚫 #Atleti #transfers

Man City are not working on this deal. Interest from Tottenham is genuine – but no official bid. https://t.co/Zfxdrly3OG

Romano has added another tweet, where he has quoted what Fiorentina CEO has to say about the young striker.

The club chief has clearly mentioned that the youngster is ‘untouchable’ and that potential suitors can seek options elsewhere.

Fiorentina CEO Barone announces: “Dusan Vlahovic is not for sale. He will stay at Fiorentina this summer, he’s untouchable as our president already said”, he said to DAZN. 🟣 #Atleti #MCFC #THFC

The news will come as a huge blow to Spurs, who have pursued him throughout the summer.

Gazzetta dello Sport reported earlier this month that Tottenham are willing to pay up to €70 million (£60m) to sign the striker.

Last week, we covered a report that Atletico were closing in on a deal for the striker who was in outstanding form last season, netting 21 goals.

Spurs need to sign a striker irrespective of whether Harry Kane stays with the club.

Nuno Espirito Santo has used a flexible system without Kane starting in the opening two games, but a conventional centre-forward is still required.