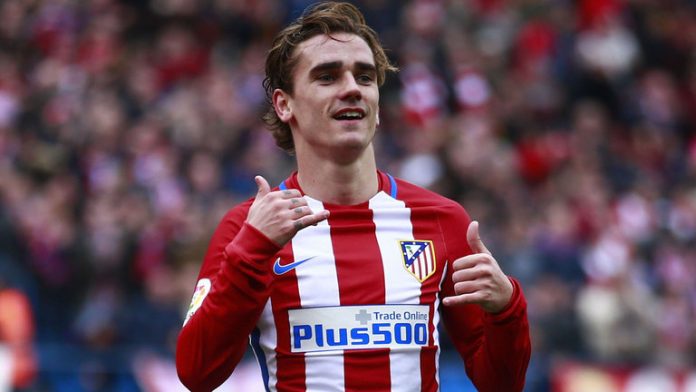 Antoine Griezmann’s future could be in doubt, with Atletico Madrid unhappy with his performances this season. The French international has struggled for goals, leading to Atleti struggling to keep up in La Liga title race, and AS believe he’s under pressure following an underwhelming start to the new campaign.

Griezmann has scored just two goals in nine league games for the Spanish outfit this season, enduring a five-game run without netting. He’s bagged just one goal in four Champions League matches and was criticised by his manager Diego Simeone in a recent press conference.

The 26-year-old nearly left the club in the summer for Manchester United before the move broke down. He signed a lucrative deal in June which Atleti feel he’s not earning due to his performances on the pitch. The Red Devils continue to be linked with his signature, but may face competition from Bayern Munich, Paris Saint-Germain and Barcelona according to the report.

The French centre-forward is believed to have a €200m release clause which will halve when the January transfer window opens. He’s currently valued at £70m, but Atleti are likely to put up some resistance given the lack of depth in attack in his absence.

Despite their scoring woes, Griezmann remains a key player due to his impressive record since his 2014 move from Real Sociedad. In addition to scoring 18 goals in 47 games for the national team, the diminutive striker has contributed 114 goals in 173 outIngs.

He scored 26 times in all competitions last season, and will have suitors keen as a result. But Atleti are desperate to see the Griezmann of old, as they currently sit eight points off top spot.