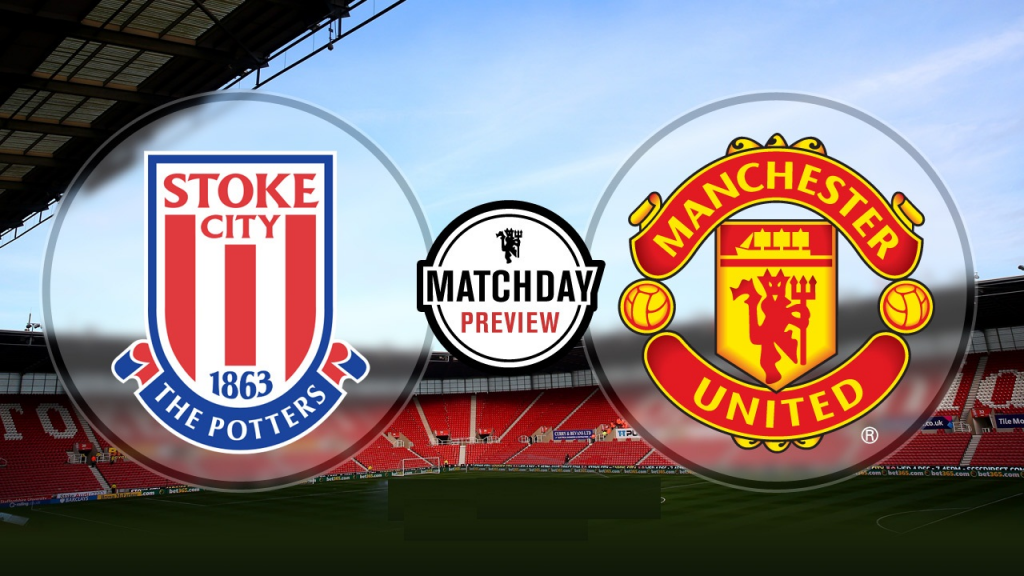 Stoke City take on Manchester United at the Britannia this weekend and it will be a must win game for under fire manager Louis Van Gaal.

The Dutchman is under tremendous pressure after his side’s recent slump and a defeat this weekend could be curtains for him.

Sacked Chelsea manager Jose Mourinho has already been tipped to take over from Van Gaal before the end of the year.

Manchester United are winless in their last four Premier League games. The Old Trafford outfit drew against Leicester and West Ham and then crashed to consecutive defeats against Bournemouth and Norwich.

As for Stoke City, the Potters have been very impressive against the top sides and will look to punish a struggling United side this weekend. Mark Hughes’ men have won just one of their last four games in the League and will look to stamp their authority in front of the home fans.

Stoke have already beaten the likes of Manchester city and Chelsea at home and it will be a significant challenge for Manchester United this weekend.

Stoke City are plagued with injuries at the moment and will be without the likes of Geoff Cameron and Marc Muniesa for the Manchester United game.

The home side are likely to start the former United striker Mame Biram Diouf this weekend to add pace and power to their frontline.

For Louis van Gaal this is a must win game. The Dutchman will be without seven first team players due to injuries and suspension.

Defensive midfielder Morgan Schneiderlin is also expected to return to the squad after recovering from his hip injury, but Carrick should start instead of Bastian Schweinsteiger who will serve the final match of his three-match ban here.

Manchester United are undefeated in 14 of their last 15 matches against Stoke in all competitions.

Stoke City have won just one of their last four home games against Manchester United in all competitions.