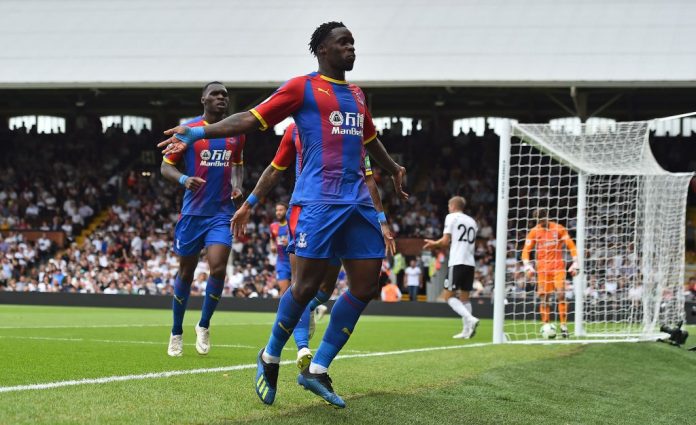 Crystal Palace began their 2018-19 Premier League campaign with a 2-0 win over newly promoted Fulham at Craven Cottage on Saturday.

Slavisa Jokanovic’s side, which has been boosted by 12 new signings, looked adventurous throughout the game, but Palace matched their display with a clinical away performance.

In the 41st minute, Patrick van Aanholt found Jeffrey Schlupp, who smashed home from inside the box to give Palace the lead.

Fulham came close to scoring twice with Aleksandar Mitrovic being denied by smart Wayne Hennessey stops. Palace defended strongly and threatened on the break, and Wilfried Zaha, their talisman, sealed the win with 11 minutes to play after latching on to Aaron Wan-Bissaka’s through ball.

After the match, Steve Parish, the Palace chairman, took to social networking site Twitter, to express his delight with the result. He also picked Schlupp and Hennessey for praise after the game.

The Eagles began their campaign with a run of seven consecutive defeats last season, but they have already made a solid start to the 2018-19 campaign.

Schlupp scored his first Premier League goal for Crystal Palace, while Zaha’s strike was his 23rd in the Premier League for the Eagles – no player has scored more for the club in the competition.