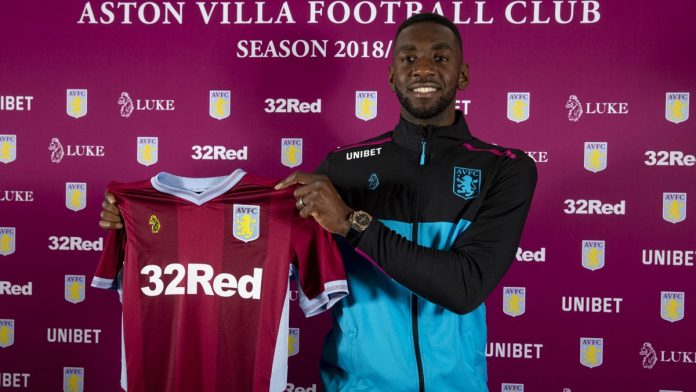 Steve Bruce has told BBC West Midlands Sport that Yannick Bolasie could be an influential player for Aston Villa provided he remains fit throughout the season.

Bolasie joined the Villans this summer on loan from Everton and made his home debut for Villa against Rotherham United on Tuesday night.

The former Crystal Palace winger made a big impact, scoring from a diving header.

Villa collected the all-important three points after a disappointing run of results in recent matches.

And Bruce was impressed with the performance from the Everton loanee. He said: “If he stays fit and his knee is right and he keeps playing like he did today then we have a very good player on our hands.”

The 29-year-old is an experienced Premier League player and he should be looking to make a significant impact during his loan spell.

He could be a great asset for Bruce’s side should he manage to stay fit throughout the season.

Villa ended a run of six matches without a win after winning against Rotherham.

Fellow summer signing Tammy Abraham scored the other goal for Bruce’s side.

The victory on Tuesday has pushed them up to sixth place in the Championship table.