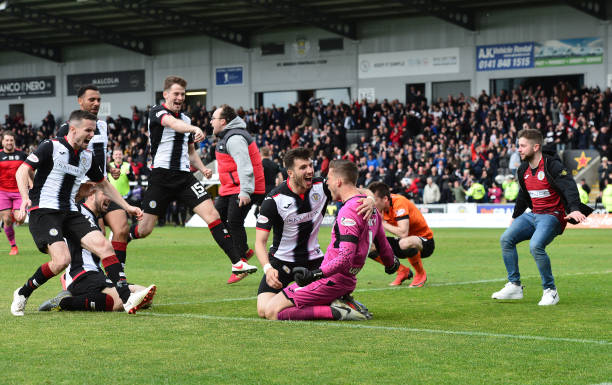 Rangers are looking to put a stop to Celtic’s domestic dominance and have recruited heavily in recent transfer windows.

Steven Gerrard’s men brought in quality players during the summer and are already looking forward to making more signings.

St. Mirren goalkeeper Vaclav Hladky has revealed that Rangers are interested in him, with negotiations underway, and this is coming five months after the club’s chief executive Tony Fitzpatrick claimed the Old Firm rivals must be looking at him.

The St. Mirren chief made the claim after the Czech goalie saved three penalties in last season’s play-off shoot-out win over Dundee United to keep the Buddies in the Scottish Premiership.

Hladky has continued to impress, but he believes he is better off playing with a bigger club, and it seems the Light Blues are already eyeing a deal with just a few months left on his contract.

“Rangers are interested in me. Some negotiations are underway,” the 28-year-old told The Scottish Sun.

“But playing in England is the big dream. The biggest dream is the Premier League, but that is a big jump. I know I’ll need to make another step first on the way.

“I’m not crazy enough to think I can go from St Mirren directly to the English top division.”

Hladky signed for St Mirren in January and was the subject of a £200,000 bid from Azerbaijani champions Qarabag during the summer transfer window given his form.

Rangers currently have the duo of Allan McGregor and Wes Foderingham as their goalkeeping options, with the 37-year-old Gerrard’s first choice.

The Ibrox club are very strong in the department, but it seems they are ready to further strengthen it, and it will be interesting to see how that goes next summer.