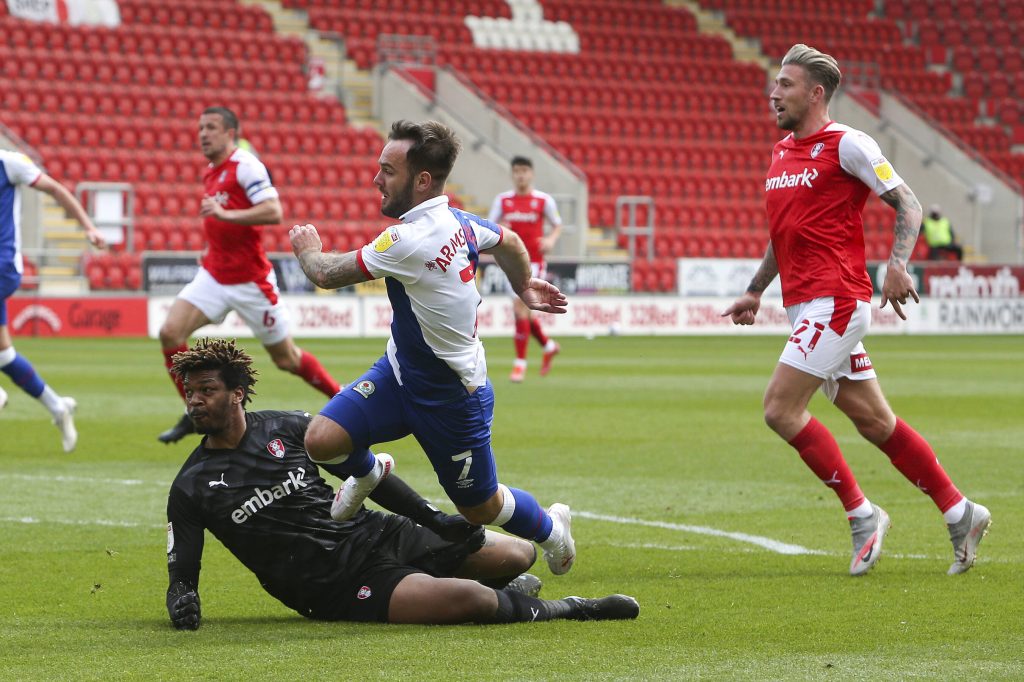 Southampton could offer Michael Obafemi as a makeweight to sign Blackburn Rovers striker Adam Armstrong this summer, The Sun reports.

Armstrong has been identified as the top striker target by the Saints, but they are far from reaching a transfer agreement with Rovers.

They have made an opening bid of £8 million for the marksman, but it has fallen well short of the £25m valuation set by the Championship club.

The south coast outfit are unlikely to meet the price tag and hope to settle on a middle price by offering Rovers the chance to sign Obafemi.

Rovers owners Venky’s have set a high price tag on Armstrong even though he has entered the final year of his contract with the club.

Newcastle United are owed 40 percent of the future sale fee, and Rovers are reluctant to sell Armstrong unless they can receive a package worth his value.

Obafemi was on the radar of several Championship clubs in January. The 21-year-old was on the cusp of joining Swansea City before he suffered a long-term injury.

With a year left on his contract, his future could lie away from the Saints. A move to Rovers could provide him regular game time to realise his potential.

Meanwhile, Rovers seem braced for the departure of Armstrong. They have already identified Toulouse striker Rhys Healey as a potential replacement.

It remains to be seen whether they are willing to accept the part-exchange deal. They wouldn’t want to lose Armstrong for free in 12 months.

Armstrong had a superb 2020/21 campaign for the club, registering 29 goals. 28 of those came in the Championship while bagging three hat-tricks.