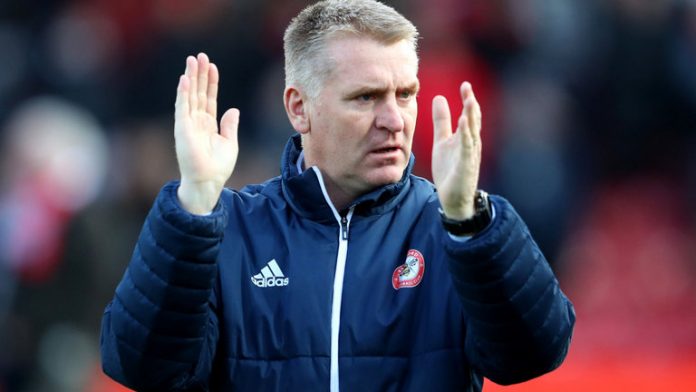 Aston Villa manager Dean Smith says John McGinn “was magnificent” against Bolton Wanderers on Friday night. The Midlands outfit returned to winning ways with a 2-0 victory at Villa Park to end a consecutive run of defeats. McGinn was one of many players who impressed and was name-checked by Smith after the game.

The Villa boss said to Birmingham Mail: “I thought (John) McGinn was magnificent. He makes those runs all the time and you have to stop him sometimes and tell him to stand still”. The 24-year-old joined the club from Hibernian over the summer and has proven to be a fantastic signing already.

McGinn has made 14 appearances in all competitions, scoring and creating four goals. The Scotland international, who has made 13 appearances for his country, boasts high-levels of industry and has a good range of passing. He’s been a standout performer so far this season and is a key player in the midfield.

As for Aston Villa, the Midlands outfit find themselves 13th in the Championship table with 21 points from 16 games, coming off the back of two wins and two defeats from their last four. Friday’s win over Bolton sealed consecutive victories with clean sheets on home soil and puts the club four points off playoffs.