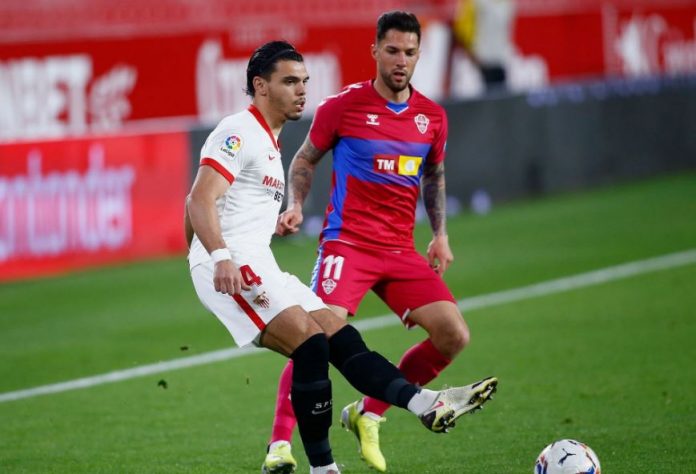 When Sevilla hosts an in-form Elche at Estadio Ramon on Friday night, they will be trying to get back on track in La Liga.

If you’re willing to watch Sevilla vs Elche in the La Liga, LiveScore Bet has got you covered.

If you are a new user, you can register an account with LiveScore Bet and watch the Sevilla vs Elche live stream. To watch the live stream, you must have either a funded account or have placed a bet within the past 24 hours prior to the event.

Sevilla’s last match was against Osasuna. In this La Liga encounter at Estadio El Sadar, they drew 0-0 and had 73 percent possession.

When does Sevilla vs Elche kick-off?

Sevilla will head into the game without Gonzalo Montiel, Suso, Erik Lamela, and Jesus Navas.