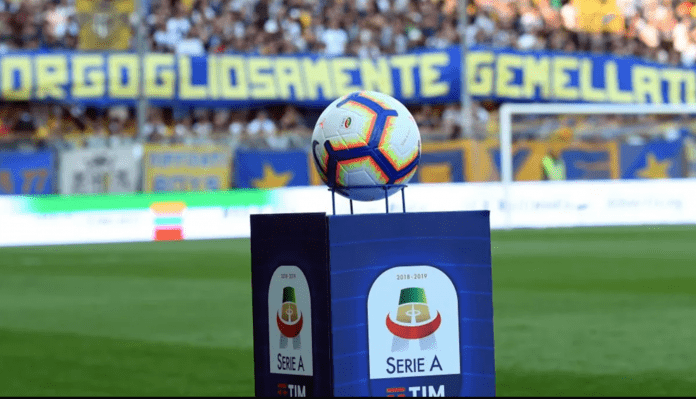 Juventus won their ninth straight Serie A crown last term despite the fact that they were inconsistent with their form following the restart after the coronavirus shutdown.

The Bianconeri won just two of their final eight games of the campaign, but they still managed to win the title as the likes of Inter Milan, Atalanta and Lazio failed to capitalise.

After the Serie A success, they resumed their Champions League campaign against Lyon at the round of 16 stage, but were eliminated on away goals after a 2-2 aggregate scoreline.

The shock elimination meant that Maurizio Sarri was relieved from the head coach duties and the club are now under Andrea Pirlo, who will embark on his maiden managerial stint.

The legendary Italian has placed the emphasis on reducing the average age of the squad and Blaise Matuidi has already been released by mutual consent to join Inter Miami.

The likes of Gonzalo Higuain and Sami Khedira are also not in the plans of Pirlo and they could similarly have their contracts terminated, as per Gianluca di Marzio.

The Bianconeri won the Serie A title ahead of Inter by a margin of just one point, but they did play a weakened side for the final matchday defeat to AS Roma. For the upcoming season, the Nerazzurri will continue to remain the major challengers to the holders, but they are still doubts over their title credentials.

Antonio Conte’s side suffered the least defeats (four) among the Serie A teams last term, but those came in the important games, where they needed to deliver the points. The Nerazzurri suffered losses in both of their meetings against the Bianconeri where they looked far from their best.

Juventus are likely to strengthen the side upfront with the expected departure of Higuain. Luis Suarez, Edin Dzeko and Arkadiusz Milik are among the potential targets for the club and the arrival of one of the trio would provide an instant upgrade on Higuain, who has been on a decline in recent years. We are fancying the Bianconeri to win the Scudetto for the tenth successive season.

Juventus and Inter are likely to vie for the top-two positions, but behind them, they could be fierce competition for the remaining Champions League spots. Atalanta don’t have any star-studded players in their squad, but their togetherness as a team and high workrate has seen make the top four for two years running.

They have made shrewd signings this summer as they have retained the services of Mario Pasalic on a permanent basis from Chelsea while Cristian Romero on loan from Juventus should add more steel to their backline. We are fancying them to at least make the top four so long as there are no major player exits in the coming weeks.

Lazio, however, could have a tougher job at hand after struggling for form following the coronavirus shutdown. The capital outfit had a wonderful opportunity to end their two-decade long wait for the Scudetto, but they struggled in the final 12 games where they picked up only five wins.

Hence, they dropped from second to fourth in the standings and their top-four credentials could be tested in the forthcoming campaign. Napoli, AS Roma and AC Milan are bound to make improvements on the performances from last season. Among the trio, Napoli could be the major movers after a disappointing seventh place finish.

The Serie A side broke their transfer record to sign Victor Osimhen from Lille and there could be a few more additions to the squad as they look to boost their top-four prospects. The Naples outfit have offloaded several out-of-favour players for more than £100m and they could be one of the busiest teams, now that the Serie A transfer window has officially opened.

Juventus, Inter Milan, Atalanta and Napoli to qualify for the Champions League

For the forthcoming campaign, we are anticipating a tight battle between Immobile, Ronaldo and Inter Milan’s Romelu Lukaku for the prize. All three players are the first-choice penalty-takers for their respective teams and that boosts their chances of finding the back of the net.

Among the trio, we are backing Ronaldo to top the goalscoring charts. The 35-year-old has shown no signs of slowing down despite his advancing age. He became the first Juventus player in 50 years to score 30 league goals last term and will definitely have an eye on breaking the Serie A single season scoring record.