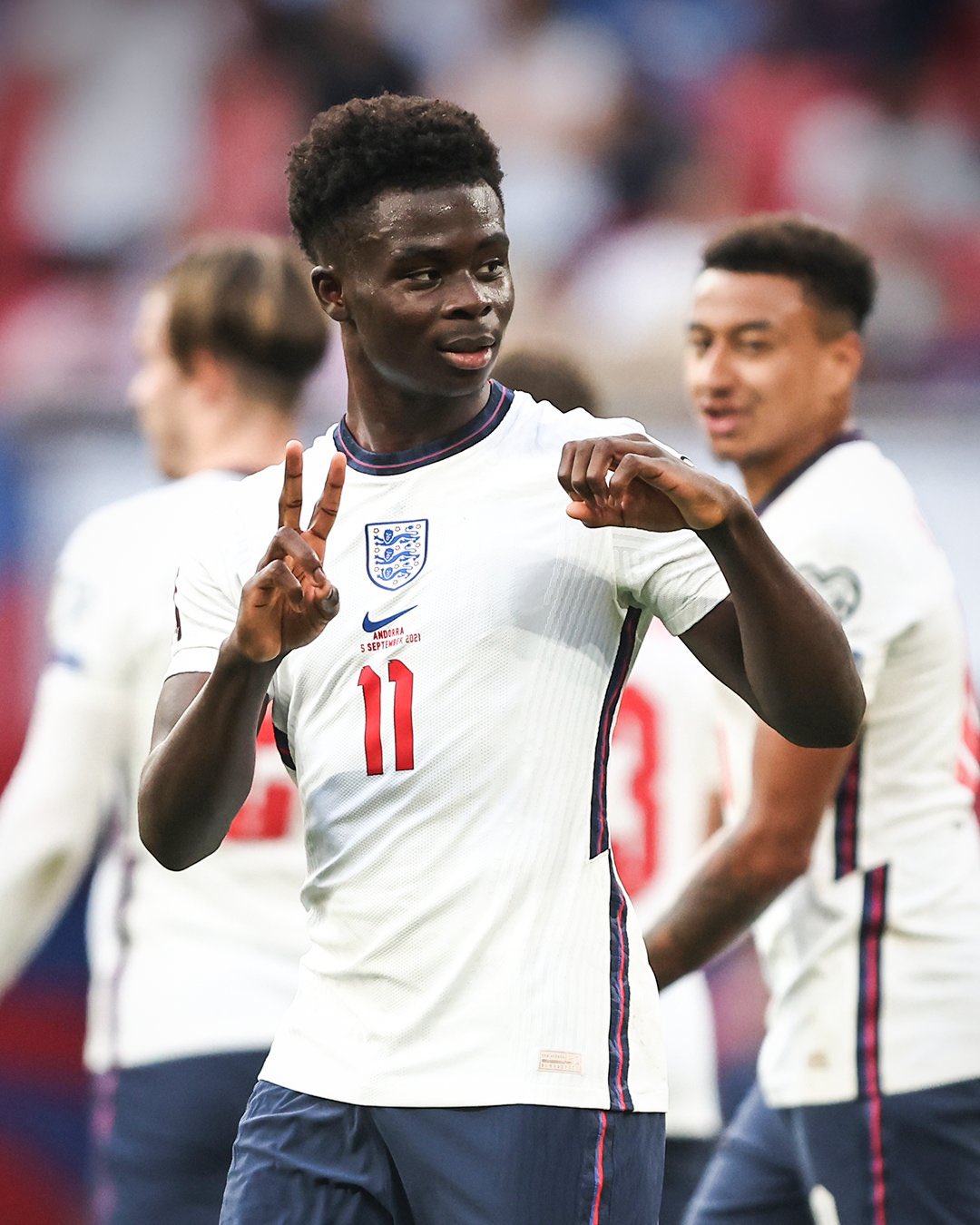 Roy Keane has suggested that Bukayo Saka should enjoy the winning feeling for England as he doesn’t get to experience that at Arsenal.

Saka scored the fourth goal with a header in England’s 4-0 win over Andorra in the World Cup qualifier on Sunday afternoon at Wembley. The youngster, who missed a penalty in the Euro Cup final against Italy, was given a warm welcome by the England fans.

The highly-rated Arsenal youngster, who was so impressive for England during the Euro championships suffered a massive heartbreak as he missed a crucial penalty. In his first game back in England colours, he scored and also provided an assist.

Thanks everyone for your messages today and to everyone in the stadium for the special atmosphere. I cannot ask for a better 20th birthday ! 🥳❤️ pic.twitter.com/oGGbBesOdJ

Keane, while commentating for ITV, claimed that Saka “reacted” well after a “tough summer”. However, the outspoken Tv pundit couldn’t help himself but aim a brutal dig at Arsenal, hinting at their horror start to the season.

The Manchester United legend said to ITV: “Football is all about dealing with disappointments. He had a tough summer and reacted well. He seems a good kid.”

“Obviously a nice day for him today. He scored with a header. I am sure he is going to enjoy the win because he’s not getting many at club level, so he can make the most of it.”

Arsenal will face Norwich after the international break. The Gunners technical director Edu is confident that Arteta will turn it around once he gets the full squad back, but it’s a shame that he will have to rely on a 20-year-old youngster to bail the team out once again.