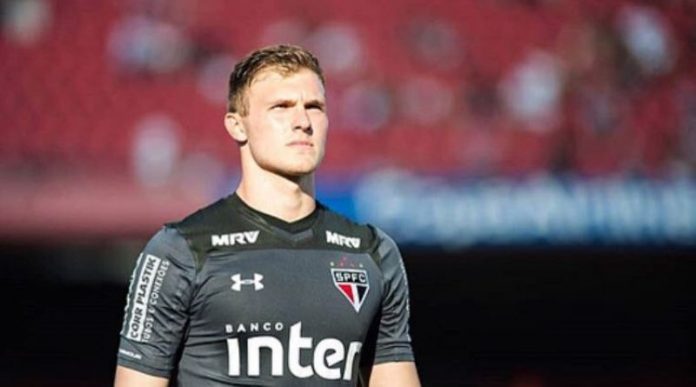 According to reports from The London Evening Standard, Lucas Perri is close to joining Crystal Palace.

The highly rated Brazilian goalkeeper is expected to arrive in London today to complete his move from South American club Sau Paulo.

The Guardian last week reported that Palace “are in the process” to sign him, and that the Eagles have moved quickly to secure a deal for him.

The report claims that the 21-year-old will move to Palace on a loan deal.

The youngster will undergo a medical and then complete his move to Palace before their FA Cup tie against Tottenham Hotspur this weekend.

The move suits all parties involved. Perri is a highly talented goalkeeper but the deal allows Palace to observe him closely before deciding whether to make the move permanent or not.

Vicente Guaita and Wayne Hennessey are injured at the moment. Julian Speroni, 39, played against Liverpool and was at fault for Mohamed Salah’s crucial goal.