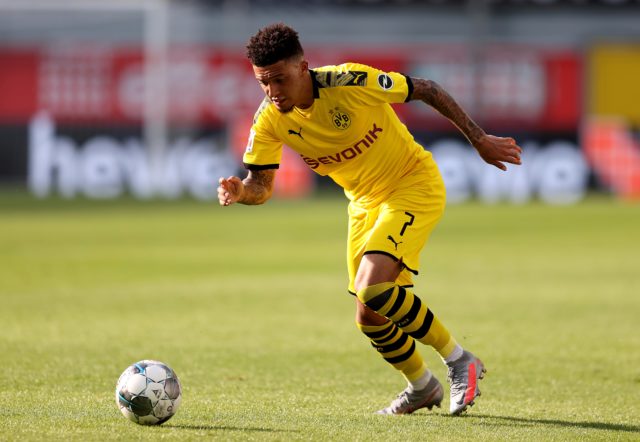 The global economy has changed due to the coronavirus pandemic and it has affected football clubs across the world, including the Premier League champions-elect Liverpool.

It is due to budget reasons that the Reds couldn’t secure a deal for Timo Werner despite being linked heavily with a move for the RB Leipzig forward. It seems the highly exciting forward is heading towards Chelsea instead.

Done deal! Timo #Werner joins #Chelsea. Blues pay his clause (€60M) to #Leipzig. He has reached an agreement until 2025 with a wages of €10M + bonuses a year. #Stuttgart (his former team) get 15% of profit. Deal completed. Exchange of documents ongoing. #transfers #CFC

However, the Independent has some positive news to cheer the Liverpool fan base. Miguel Delaney claims the Reds are closely monitoring Jadon Sancho’s situation and could challenge the likes of Manchester United and Real Madrid for his signature.

The 20-year-old attacker is arguably one of the hottest properties in world football. With 19 goals and 18 assists in all competitions for Borussia Dortmund, the youngster doesn’t need any eulogy about his immense potential and quality.

But finance is indeed a major issue for Liverpool. The report claims that FSG, the Reds owners, are feeling some constraints with no MLB games for their Boston Red Sox. It would take a fee in the region of £80m to prise him away from Dortmund.

Jurgen Klopp, the Liverpool manager, has showered praise on Sancho in the past and has spoken to him. He has even told him how much he admires him and said there would always be a place for him in the Liverpool side even if Salah and Mane stay.

However, Manchester United are confident about securing the forward’s signature. But they need to qualify for the Champions League next season as the Sancho camp sees involvement in Europe’s elite competition as a priority.

Sancho is aware of Liverpool’s interest and he sees Liverpool as a more attractive option than United or Real Madrid.