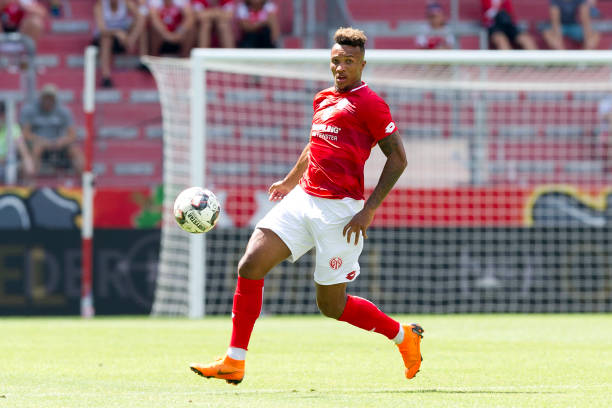 According to Foot Mercato, Everton have identified Mainz 05 midfielder Jean-Philippe Gbamin as the perfect replacement for Idrissa Gueye.

The Toffees star is set to join Paris Saint-Germain in the coming days, and the move was only being delayed as the Blues wanted to find a player capable of filling his big shoes.

Gbamin was once on the radars of Arsenal, Tottenham Hotspur and Liverpool, and Everton director of football Marcel Brands has been keen on the 23-year-old since he was PSV’s Eindhoven sporting director.

The Ivory Coast international has spent the last three years with the Bundesliga side, playing in 86 league games after arriving from Lens, and has continued to impress the Goodison Park chief.

Gbamin’s versatility also caught his eyes as he is able to play effectively well in central defence, but it remains to be seen if Mainz will let him go for cheap, with £31 million being his current buyout clause.

The youngster fits the bill perfectly given his style of play, and manager Marco Silva will hope he can quickly hit the ground running if snapped up and have the same huge effect like Gueye had in the middle of the park for Everton.