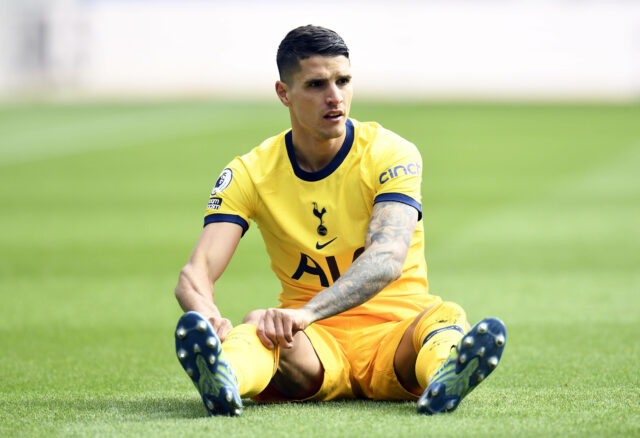 While talk of Harry Kane potentially leaving Tottenham Hotspur is likely to occupy the headlines for the best part of the summer transfer window, other players could also head for the exit following a disappointing campaign.

The summer transfer window will be massive for Spurs. A new manager will arrive, and with it comes the obvious rebuilding process.

However, Spurs are likely to operate on a tight transfer budget, and player sales are key for boosting the kitty.

One player who could leave the club this summer is Erik Lamela. The Argentine is one of the senior members of the squad, but his career in north London has never fully flourished.

Apart from scoring some breathtaking goals, Lamela has rarely been consistent for Spurs, with recurrent injuries disrupting his progress.

At 29 and with a year left on his contract, Lamela finds himself in the periphery of the Tottenham squad.

The versatile attacking midfielder has only managed five starts in the Premier League this season, with his impact waning.

A return to Italy is the most likely scenario. He made his name at Roma, but with Jose Mourinho at the helm, a potential return to his former club is almost out of the question.

According to Corriere dello Sport (h/t Sport Witness), Napoli are interested in him, and they are trying to ‘resolve a series of internal situations’.

Spurs would be more than happy to get him off the £80k-per-week wage bill.

He is a player with bundles of potential, but his eight years stay at the club will be fondly remembered for his two rabona goals – that pretty much sums up his career.