Brighton join Arsenal and Leicester in race for Odsonne Edouard 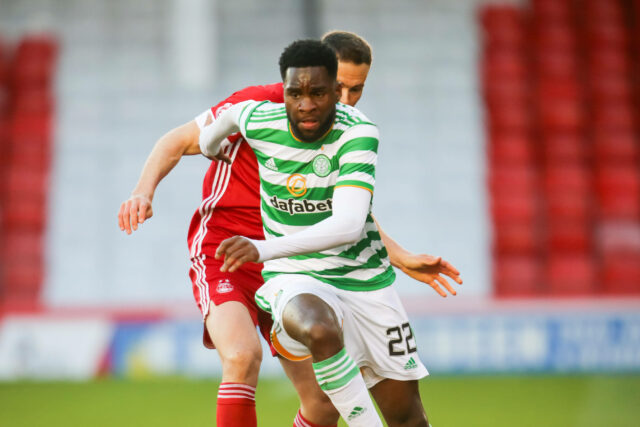 According to reports from The Sun, the Seagulls are showing keen interest in the French striker who is likely to leave Celtic this summer.

However, Brighton are likely to face competitions from two Premier League clubs – Arsenal and Leicester City – to sign him.

Edouard has been outstanding for Celtic since he joined from Paris Saint-Germain. In four seasons (including a loan spell) at the Bhoys, he has bagged 85 goals in all competitions.

Last season, he was one of the most consistent performers for the Hoops, scoring 22 goals.

The 23-year-old is likely to leave Parkhead in the summer, with his contract expiring in the next 12 months.

Several Premier League clubs are vying for his signature, while clubs in Italy are also interested.

It has been claimed that Celtic could demand a fee in the region of £15-20 million, and the Bhoys are expected to make a profit of just over £5m from his sale.

Brighton are desperate to sign a striker this summer, and Edouard would be a solid addition to the side. The Seagulls are offering him a promise of a regular starting berth.

Leicester are leading the race for his signature, but he may find it difficult to dislodge Jamie Vardy and Kelechi Iheanacho from the starting line-up.

Arsenal are also keen to add him to their squad, but the deal hinges on whether Alexandre Lacazette stays or goes this summer.