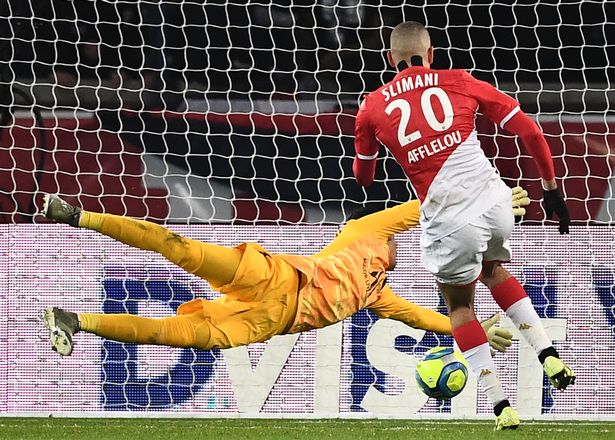 According to reports from Sky Sports (transfer live blog; 11:54), Aston Villa are ‘monitoring’ the progress of Islam Slimani in the January transfer window.

Villa have already signed Mbwana Ally Samatta this month, but Dean Smith has admitted that he needs to sign another player before Friday’s deadline day.

The 68-times capped Algeria international joined Leicester in 2016 and has managed 47 games for the club, scoring 13 goals. He has been out on loan at Newcastle and Fenerbahce in the past as well.

He is currently on loan at AS Monaco, where he has enjoyed a decent campaign, scoring seven goals and providing seven assists in 13 Ligue 1 appearances.

However, Sky Sports have claimed that Slimani has informed Monaco that he wants to cut short his loan spell, and wants to ‘return to the Premier League’.

Villa are monitoring his situation, and it remains to be seen whether they make an official move for him. Brendan Rodgers admitted earlier this month that Slimani’s situation is complex as he is currently on loan elsewhere.

The Sun reported yesterday that Tottenham Hotspur and Manchester United are in active conversation to sign the striker this month.