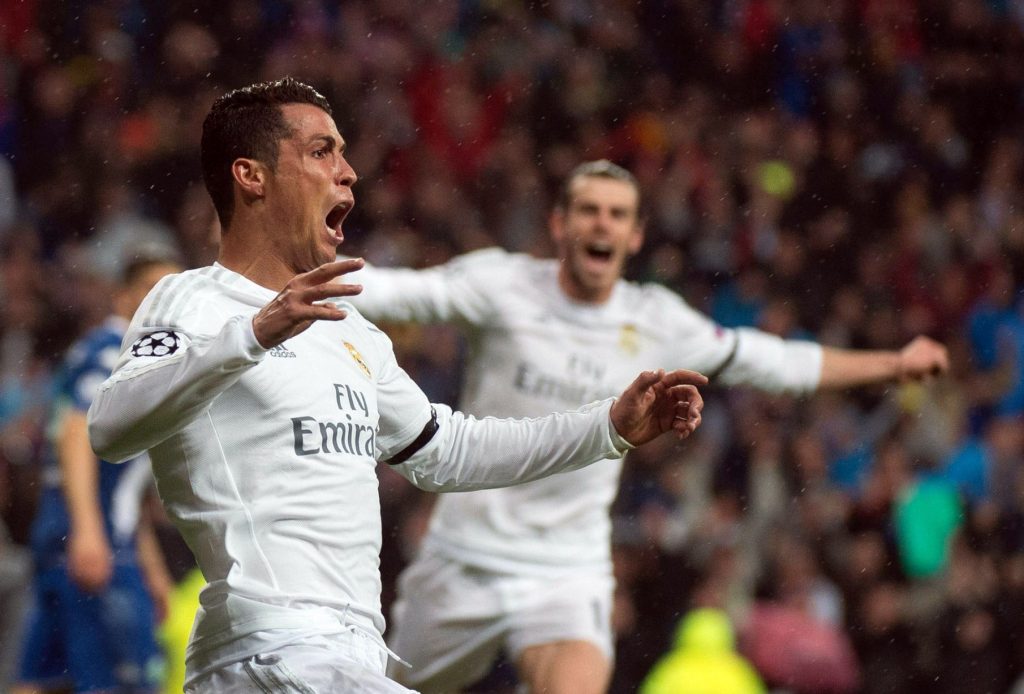 Real Madrid are through to the semi-finals of the UEFA Champions League after beating Wolfsburg thanks to a heroic performance from star man Cristiano Ronaldo.

The Los Blancos went into the game carrying a two goal deficit from the first leg played at Wolfsburg’s Volkswagen Arena. But normal services were resumed as Ronaldo scored two goals in two minutes in the first half to give his side a strong foothold in the game.

Dani Carvajal’s deflected low cross from the right was missed by two Wolfsburg centre-backs but failed to elude the incoming Ronaldo who lashed on to with a first time finish putting his side ahead in the 15th minute.

1-0 Real Madrid, Ronaldo with the goal. The fightback is on #RMAWOBhttps://t.co/BJJC5XtEzk

Carvajal was arguably Madrid’s best attacking outlet in the first half as two minutes after Real took the lead, the Spaniard whipped in another inviting cross but Wolfsburg defender Vieirinha’s heroic last ditch defending saved the German club from conceding another goal. The subsequent corner however, proved to be a disaster as Ronaldo jumped higher than anyone to put the ball magnificently at the back of the net.

Two goals in two minutes for Ronaldo. Wolfsburg would probably take penalties now if they could #RMAWOB https://t.co/xX7lkU3Ib6

Wolfsburg were dealt with yet another blow, this time in the form of an injury as Julian Draxler was hauled off in the 31st minute because of what looked like a pulled hamstring and was replaced by Max Kruse.

Real picked up where they had left off in the second half as Ronaldo and co. continued to trouble the Wolfsburg defence with a series of attacks. But the winner came in the 77th minute after a marauding Luka Modric was fouled by Luis Gustavo in a dangerous position inside Wolfsburg’s half. Up steps Ronaldo and curls the ball in, completing his hat-trick and sending his side to the semi-finals in the process.

Ronaldo gets his hat-trick ⚽️⚽️⚽️🔥🔥🔥https://t.co/XkzG0bzfPl

The former Manchester United man now has an astonishing 93 goals in the UEFA Champions League. Meanwhile Dieter Hecking’s Wolfsburg side who were brilliant in the first leg, failed to convert the few chances they had in the game which cost them dearly. The German side decided to sit back deep in the second half waiting for the chance to kill off Real on the counter but the opportunity seldom presented itself and even when it did, the execution was not quite right.