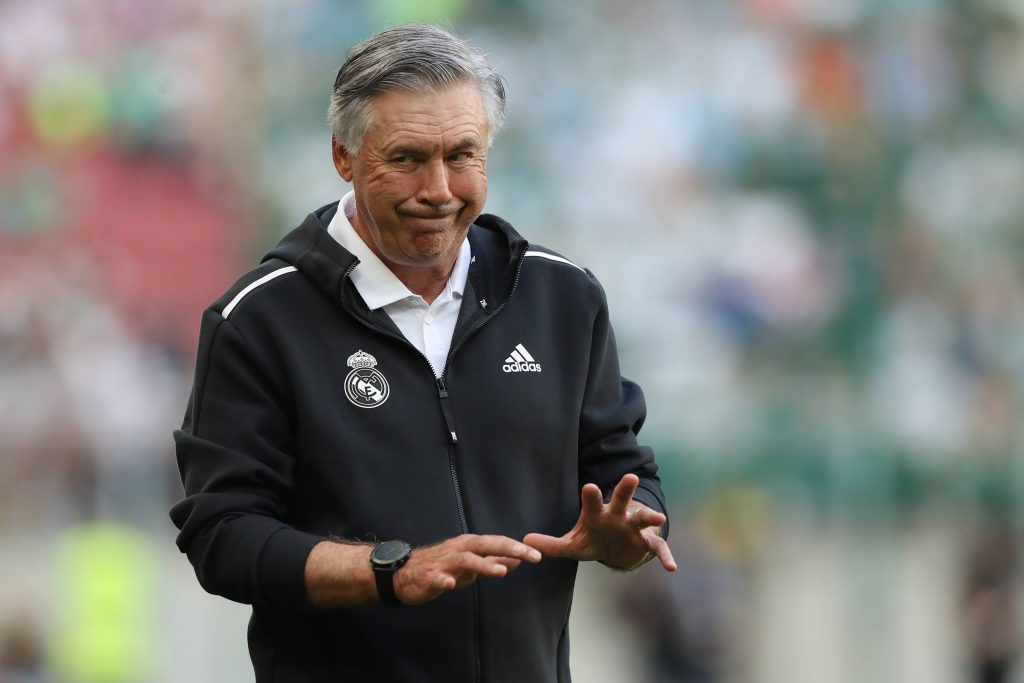 After finishing runners-up in the 2020/21 La Liga season, Real Madrid will be looking to go one better this term despite having a turbulent summer.

Led by Zinedine Zidane, Los Blancos could only finish second in the league and reach the Champions League semi-finals, where they lost to eventual winners Chelsea.

With the new man at the helm, Madrid will be aiming to retrieve domestic supremacy despite experiencing a series of upsets during the summer.

A late run of three straight league victories to complete the 2020/21 season proved insufficient to Real’s late title bid as they missed out on retaining the La Liga crown to cross-city rivals Atletico Madrid.

However, a narrow two-point margin gives new manager Carlo Ancelotti something to build on this term despite Los Merengues’ lack of transfer activity in the summer.

The 13-time Champions League winners have been notably quiet in terms of the incomings.

On the other hand, Florentino Perez has shockingly allowed two long-serving stalwarts to exit the club.

Long-term captain and club legend Sergio Ramos departed for Paris Saint-Germain after not being offered a new contract at the Santiago Bernabeu.

If the 35-year-old’s departure was not enough to upset the Madrid faithful, Raphael Varane’s move to Manchester United must have been crushing.

In some previous projections, the Frenchman was seen as Ramos’ long-term successor and the future leader of this Real side.

Perez’s decision against pursuing replacements for the all-star duo comes has been an insult to injury, especially considering the options left on Ancelotti’s disposal.

David Alaba’s arrival from Bayern Munich is encouraging, but the Austrian is a natural left-back and has only occasionally performed as a centre-back.

During Pep Guardiola’s tenure in Bavaria, the versatile defender played as left centre-back in a three-man backline.

However, he is way more comfortable covering the flank or even a defensive midfielder’s role.

With Marcelo entering the autumn of his career and Ferland Mendy underperforming for most of his Madrid career, Alaba should be Ancelotti’s first-choice left-back next term.

Which leaves one question open – who will replace Ramos and Varane?

Eder Militao has failed to live up to his €50 million price tag since completing his big-money move from Porto in 2019.

The Brazilian has yet to hit the ground running in La Liga, but with his senior defensive partners gone, now would be a good time for him to hit his stride.

Nacho Fernandez has spent his entire professional career at the Bernabeu, but he has never been a permanent first-team fixture.

Often forced to play second fiddle to Ramos and Varane, the 31-year-old has been a solid go-to option to fill in for the duo from time to time.

However, entrusting Nacho with carrying the entire season as a first-choice centre-half could be an attempted suicide for Madrid.

That brings us to Jesus Vallejo. The 24-year-old has never got the opportunity to showcase his potential in the capital despite being on Madrid’s payroll for six years now.

But the Spaniard enjoyed a decent season-long loan at Granada in 2020/21 and helped his national team win the Olympic silver medal this summer.

Only time will tell whether he is capable of taking over the defensive reins in Madrid.

Considering Real’s little activity in the transfer market – unless Perez pulls a rabbit out of the hat down the final stretch of the transfer window – Ancelotti will have to work with the group he inherited from Zidane.

Although Gareth Bale was not part of the crew last season, he will be at the Italian’s disposal next term.

With Madrid’s firepower limited to Karim Benzema and Marco Asensio, the Welshman could be a key man to Ancelotti.

Rodrygo, Vinicius Junior and Luka Jovic have barely been noticed on the field since arriving in the Spanish capital.

Despite being handed more matches than any other Madrid player last season, Vinicius failed to impress, as witnessed by a paltry return of six goals from 49 competitive appearances.

In the meantime, Bale found refuge in familiar surroundings last term after being crucified by the Spanish media for his off-field antics the year before.

In an already established fashion, the 32-year-old blew hot and cold at Tottenham Hotspur throughout 2020/21, though he did show glimpses of his brilliance on several occasions.

But Bale was an absolute star for Wales at the European Championships, reeling off a series of convincing performances to remind the world of his capabilities.

If Ancelotti can find the way to motivate his under-fire star, the ex-Southampton man could turn into one of Madrid’s unexpected heroes next season.

During the Italian’s first reign at the Bernabeu, Bale netted 39 goals and laid on 36 assists across two competitive campaigns, barely missing a game.

So Ancelotti showed during his previous stint that he knows how to cope with the Welshman’s ego and get the most out of his potential.

Given his limited resources this time around, the 62-year-old might need to work his magic again as Bale could prove to be Madrid’s saviour under the proper stewardship.

Regardless of the squad, they will always be among the title contenders, let alone the top-four candidates.

With Barcelona gearing up for their first La Liga season without Lionel Messi since 2003, it is hard to say how Ronald Koeman’s side will perform without their talisman.

Sergio Aguero and Memphis Depay joined the Catalans earlier in the summer, and it will be up to them to fill a massive gap left by the Argentine’s departure.

We can never discount Barcelona as a title material, but Real should be ahead of the Camp Nou outfit in the title race next season.

Overcoming Atletico could be a more challenging task for Ancelotti’s boys.

Diego Simeone has not only retained his entire title-winning generation, but he has added one valuable piece to his well-knit jigsaw.

Rodrigo De Paul, who shone for Argentina at the Copa America 2021, arrived from Udinese earlier in the summer and could be a significant cog in Atletico’s title defence.