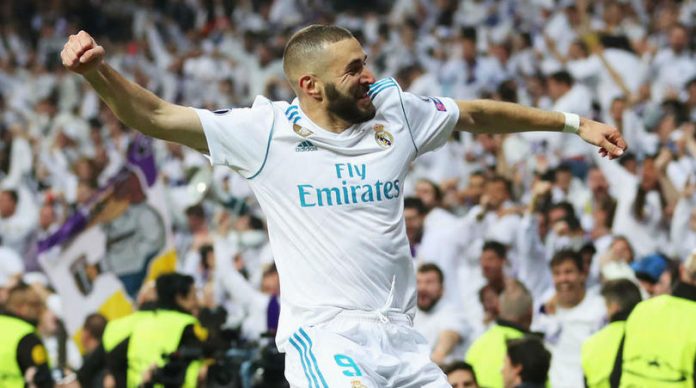 Real Madrid progressed through to their third consecutive Champions League final on Tuesday night, drawing 2-2 with Bayern Munich at the Santiago Bernabeu to prevail 4-3 on aggregate.

The Spaniards survived an onslaught on their goal during the semi-final second leg, with the visitors spurning a host of glorious opportunities to score the decisive strike.

A Karim Benzema brace in between Bayern goals from Joshua Kimmich and James Rodriguez left the Madrid fans in rapture, with the La Liga powerhouses to face either Liverpool or Roma in the final in Kiev.

Here are three observations from the game.

Madrid vulnerable on the flanks

It was a dogged defensive effort from Madrid, who weathered a Bayern storm to prevail to the final.

Last-gasp tackles from Sergio Ramos and Raphael Varane avoid their side conceding, while Keylor Navas was called into action on countless occasions.

However, Madrid looked massively susceptible on the flanks once more and could well have lost the game after being outdone in wide areas.

Lucas Vasquez was fielded at right-back and struggled to deal with Franck Ribery’s threat, while Marcelo was again caught high up the pitch by Bayern counter-attacks.

With probable opponents Liverpool lying in wait, the prospect of Sadio Mane, Mo Salah and the Reds full-backs getting the same amount of space that Bayern did over 180 minutes will be cause for optimism in Jurgen Klopp.

James Rodriguez should have a future at his parent club

Colombian star James Rodriguez is currently on a two-year loan deal with Bayern from Madrid and was impressive in both legs against his parent club.

While the German giants have the option to make the South American playmaker’s move to Bavaria permanent in the summer, Zinedine Zidane should do everything he can to bring the gifted midfielder back to the Spanish capital.

Although Luka Modric continues to excel in the Madrid midfield, he is ageing, while Mateo Kovacic struggled to make an impression on Tuesday night and Toni Kroos looked off the boil.

Rodriguez looks back to his blistering best and his range of passing and footballing intelligence would grace any team in world football – including Madrid.

Experience and defiance wins the day

There certainly is something about European nights and Real Madrid.

The Spanish side have a recent hex over Bayern, are through to their fourth Champions League final in five years in 2018 and can be the first team in the modern era to become European champions for three consecutive seasons.

From Ramos’ last-minute goal to break Atletico Madrid hearts in 2014 to their dogged defiance in resisting Bayern last night, Madrid certainly know what it takes to win.

This boils down to their collective experience, with Zidane’s side full of players that have won World Cups, Ballon d’Ors, every accolade in football.

There is also a cynical defiance in the Madrid side that seems to arise when it needs to get the job done.

For Liverpool or Roma, who do not have comparable experience at this level, overcoming the mental strength of this Madrid team could be more of a challenge than outplaying them.