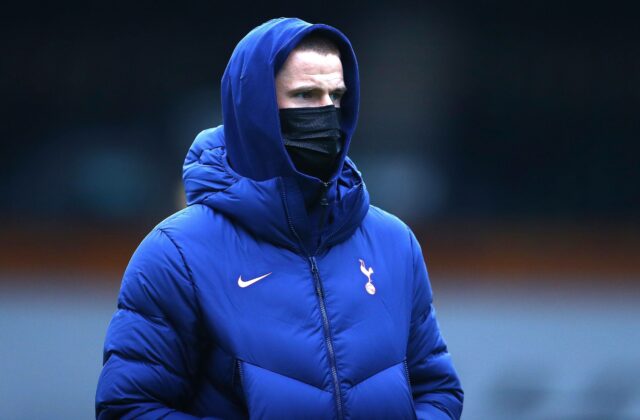 Tottenham Hotspur will look to progress through to the next round of the Europa League when they face Dinamo Zagreb tonight.

Spurs are leading 2-0 from their round of 16 first leg, and Jose Mourinho’s side will look to finish the job in Croatia.

The north Londoners are heading into this fixture on the back of a 2-1 defeat against Arsenal in the Premier League and will be looking to return to winning ways.

Harry Kane scored twice for Tottenham in last week’s first leg, but the England striker could be rested for this one. Carlos Vinicius could lead the line in his absence.

Mourinho is likely to make a few changes to the side. In defence, Eric Dier, 27, is likely to start in place of Toby Alderweireld.

Ben Davies has played regularly in Europa League, and the Welshman is set to start in place of Sergio Reguilon. Matt Doherty was poor against Arsenal, but he could be given another opportunity here.

In midfield, Pierre-Emile Hojbjerg is suspended. Harry Winks is likely to replace him. Mourinho wasn’t impressed with Tanguy Ndombele in the last match, and the Frenchman could be replaced by Moussa Sissoko.

Son-Heung Min is injured, and Mourinho doesn’t know when he will return. Gareth Bale was disappointed in the last match and could be dropped.

The likes of Dele Alli, Erik Lamela and Steven Bergwijn could start.