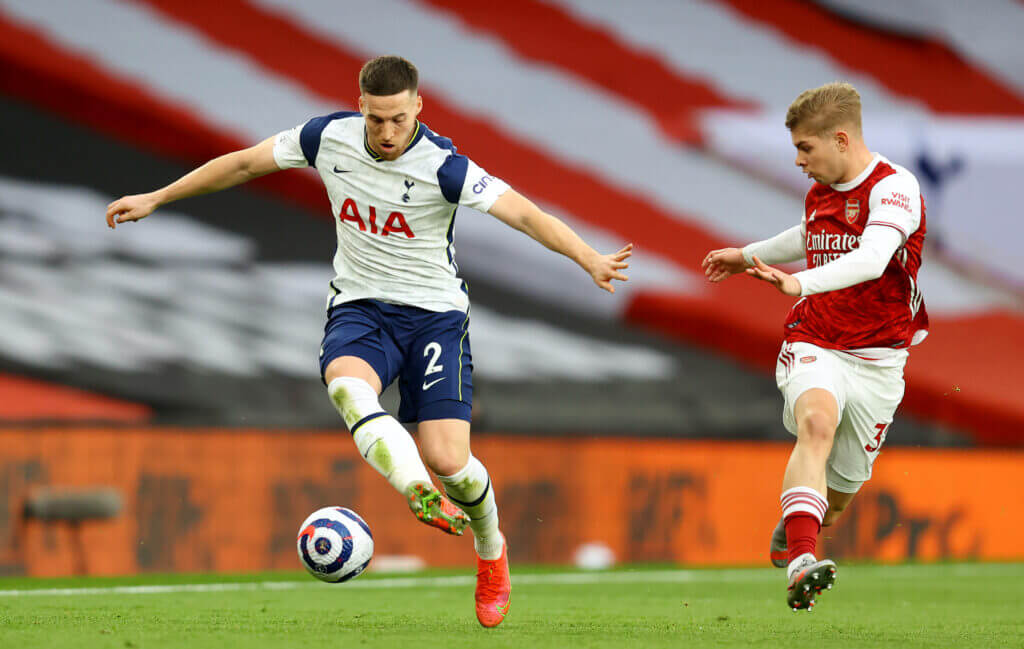 Tottenham Hotspur suffered a 2-1 defeat against Arsenal in the north London derby at the Emirates Stadium on Sunday.

The Gunners came from behind to snatch the victory and inflict damage on Tottenham’s hopes of a place in the Premier League’s top four.

Many Spurs fans were unimpressed with the performance of Matt Doherty, and they expressed their reactions on Twitter.

Doherty failed to keep Kieran Tierney in check and made several individual errors during the game. Many Spurs fans were baffled by the decision to let Doherty stay on the pitch for the entire game.

Making too many mistakes at the back and it may haunt us !!!!

🇮🇪 Tottenham Hotspur right-back Matt Doherty has made the most individual errors out of all of Spurs’ defenders in all competitions, leading to goals being conceded in open play.#THFC #COYS #ARSTOT #DerbyDay pic.twitter.com/DStiI8sgJB

Matt Doherty living out his boyhood dream of playing for Arsenal in the derby.

Serge Aurier on for Matt Doherty at half-time please. He’s just not having a good game. Most Arsenal attacks coming through his side and he’s getting skinned every single time. Change it.

It was a lacklustre performance from Spurs, and a huge blow to their top-four chances.

Erik Lamela gave Spurs the lead with one of the goals of the season, but they lost the numerical advantage after the Argentine was sent-off in the 76th minute.

Doherty – who joined in the summer from Wolverhampton Wanderers – is yet to show his best form for his new club. The 29-year-old’s latest performance was shambolic as Tottenham’s defence were left brutally exposed on his side of the pitch.

Spurs created some excellent chances towards the end, but why they took such a long time to change their strategy remains a mystery.

In other news, Joe Cole has said that Chelsea need to secure the signature of Borussia Dortmund’s Erling Braut Haaland to become genuine challengers for the Premier League title.