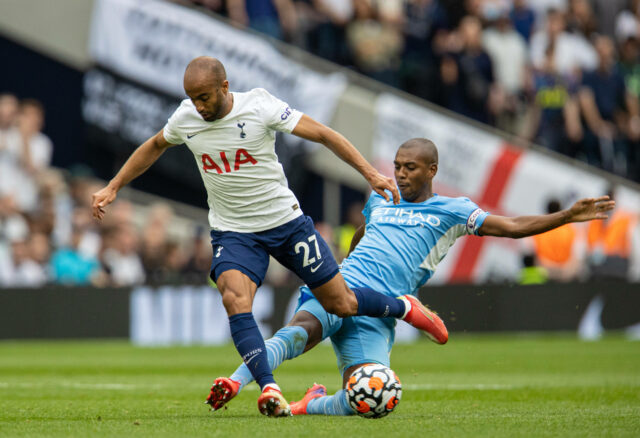 Tottenham Hotspur travel to Molineux to face Wolverhampton Wanderers on Sunday in the Premier League.

The north London club earned a fantastic 1-0 win against Manchester City in their opening game but lost 1-0 in midweek against Pacos Ferreira in the Europa Conference League.

With the future of Harry Kane still hanging in the balance, Nuno Espirito Santo has a big decision to make whether to include him in the side.

The 28-year-old England skipper is back in training, and he could come into the manager’s thinking.

The Portuguese boss made wholesale changes in the last game, but he is likely to keep an unchanged starting line-up from the side that won against City.

Eric Dier and Davinson Sanchez were outstanding against the champions, and they deserve to start in defence.

Cristian Romero probably needs more time to settle following his summer move and did not do enough in midweek to warrant a place in the first eleven.

Dele Alli is likely to continue in midfield three with Pierre-Emile Hojbjerg and Oliver Skipp, although Giovani Lo Celso could be another option.

Lucas Moura or Steven Bergwijn were superb against City, and it will be very harsh if Nuno drops either of them to bring Kane into the side.

Moura, who is on £80k-per-week wages at Spurs, has struggled for consistency in the past, and the Brazilian must take this opportunity to cement his place in the side.