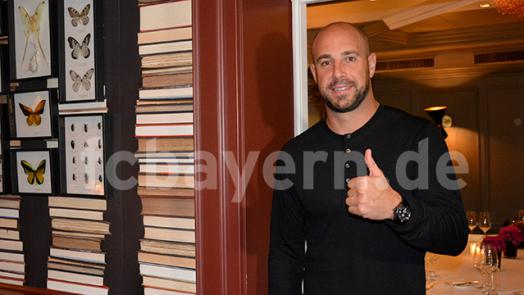 Liverpool keeper Pepe Reina has completed his medical at Bayer Munich before his move to the Allianz Arena.

Earlier the two clubs, the Reds and the Bavarian outfit had agreed terms for the transfer of the Spanish international. Reina has now successfully completed his medical and will sign a three-year deal with the Bundesliga champions on Friday.

A statement on Bayern’s official website read,” Spanish keeper Pepe Reina has all but completed the final formalities before joining Bayern after passing the obligatory pre-transfer medical at chief medical officer Hans-Wilhelm Müller-Wohlfahrt’s Munich practice on Thursday evening. Reina will report to the club’s Säbener Strasse headquarters to sign a three-year contract on Friday.”

“You can never take for granted finding a man with his experience and quality who’s prepared to accept the number two position. Michael Reschke has done very well while we were in the USA,” Bayern chief added.